Home » Posts » Mental health » schizophrenia » Factors stopping the nation from getting back on its feet: a survey of the non-fatal burden of disease due to mental disorder 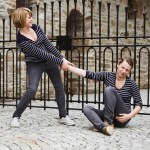 In times of economic adversity, the health and well-being of a nation needs consideration in order to maximise the workforce and productivity. The number of people and the amount of time spent in an adverse health-state is a prominent driver of population ill health.  Most mental illnesses begin early and persist over a lifetime. Approximately 11 million people of working age in the UK experience mental health problems (Royal College of Psychiatrists, 2012).

A large study carried out in the Netherlands called the Netherlands Mental Health Survey and Incidence Study (NEMESIS) examined which mental disorders had the highest non-fatal disease burden on the individual and on the population (Lokkerbol, 2013). The main aim of this study was to inform decision-makers on the design of health services to improve population mental health.

The survey looked at a random representative sample of the whole of the Netherlands.  N=7,056, a response rate of 69.7%. Respondents were screened for the presence of mental disorder using a standard World Health Organisation tool (the Composite International Diagnostic Interview CIDI). To assess the impact of mental disorder on the individual, the researchers developed a score called Disability Weight (DW) using measures of quality of life (Heath Related Quality of Life) and survival.  On this scale of 0-1, the higher the DW the worse the health state.

To measure the impact of mental disorders on the population, they calculated Years Lived with Disability (YLD), where;

YLD = DW (attributed to a specific disorder) x by the number suffering from that disorder taking duration of disorder into account/ million people. The DW of the whole sample was 0.167. This means that 16.7% of all respondents had a below optimum quality of life.

Who had the worst quality of life?

After adjusting for co-morbidities (physical disorder and other mental disorder) the most significant disorders were:

Disorders such as simple phobia, social phobia and dysthymia are identified as leading causes of population ill-health” and “can be seen as priority targets for further scientific scrutiny and public health intervention. It is well established that mental illness has a huge impact on population health. This study demonstrates that common and chronic disorders such as phobias have the biggest impact on the population of all mental disorders.  Large aggregates of milder, but impairing conditions in the population will have an adverse impact on the work force.  Estimates suggest that there are 1.3 million people with a mental health condition on benefits and a further one million people who are workless but not claiming benefits (Sainsburys Centre for Mental Health, 2013).

Interventions that address these disorders are valuable in helping the country back onto its feet. NEMESIS recommends low cost self-management interventions as an effective way of bridging the health-care gap for the population. There may be value added if these interventions are targeted at disadvantaged groups such as the unemployed, those with a lower level of education or those with co-morbid illnesses.