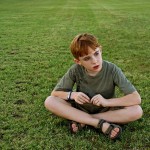 Forty years ago, autism was regularly referred to as childhood schizophrenia and the links between the two conditions have continued to this day. Recent studies have shown that the features of autism spectrum disorders sometimes precede the onset of childhood-onset schizophrenia.

The study involved 6,439 children from the South West of England who were all part of the Avon Longitudinal Study of Parents and Children (ALSPAC) birth cohort. The mothers of all these children answered questions about their kids’ behaviour before the age of 3 and later when they were aged 7-8. The questions covered:

At the age of 12, the children were interviewed by psychologists (who were blind to their childhood autistic traits) and assessed for psychosis-like symptoms such as hallucinations, delusions and thought interference. Experiences that may have been caused by sleep, substance use or fever were excluded. Known confounders were also excluded.

This study tells us that clinicians who work with young people with autism should consider the possibility of psychosis.