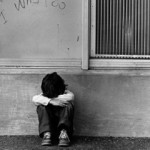 Researchers at King’s College London have published an interesting paper in the American Journal of Psychiatry, which uses data from the Environmental Risk Longitudinal Twin Study; a cohort study of children in England and Wales born in 1994 and 1995.

The research question they posed was whether trauma during childhood such as maltreatment, bullying or accidents was likely to increase the risk of developing psychotic symptoms.

Trauma characterized by intention to harm is associated with children’s reports of psychotic symptoms. Clinicians working with children who report early symptoms of psychosis should inquire about traumatic events such as maltreatment and bullying.

Patricia Cohen, Ph.D. Editorial: Abuse in Childhood and the Risk for Psychotic Symptoms in Later Life. Am J Psychiatry 168:7-8, January 2011.

Last reply was January 26, 2014
Try out our members features!