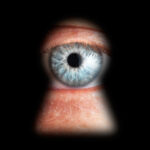 A hospital admission for mental ill health can be a traumatic event, especially when the Mental Health Act is involved. Going to a hospital far from home can make that even more distressing, and can have significant long-term consequences. In NHS jargon, ‘out of area placements’ (or OAPs) are now regarded as a serious problem and there is a commitment in the NHS Long Term Plan to phase them out completely for all but exceptional circumstances.

People diagnosed with personality disorder – itself a controversial and problematic term – frequently describe receiving poor, and sometimes discriminatory, treatment from the NHS and other public services (Trevillion et al, 2021; Sheridan-Rains et al, 2021). While guidance documents from government, professional bodies and others have sought on numerous occasions to ensure better and fairer treatment for people with personality disorder diagnoses, the reality remains very different in many places.

A report (PDF) published today and produced by a group of experts by experience and profession, funded by BIGSPD, has sought to shed some light on the often opaque issue of how many people with personality disorder diagnoses are given out of area placements, and with what consequences (Zimbron et al, 2022).

The report focuses on adults living in England, and looks at two types of placement: ‘acute’ and ‘rehabilitation’. The former are described as being predominantly short stays in hospital, often following a crisis and an emergency hospital admission; the latter tend to be longer – sometimes lasting for many months and years. ‘Acute’ out of area placements are the subject of significant policy attention, with a long-running commitment, made more difficult by the pandemic, to make them a ‘never event’. Out of area ‘rehabilitation’ placements have had less policy focus, but have been widely recognised as a concern, especially by the Care Quality Commission (2018). 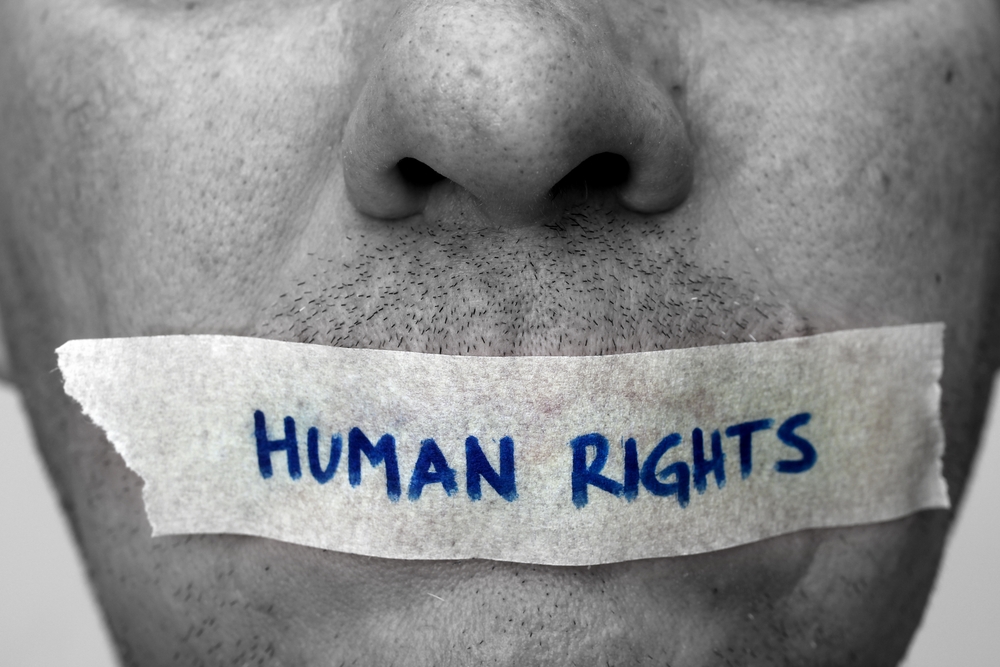 “We are spending vast sums of public money on private institutions which have a clear incentive to keep the beds occupied. This amounts to an enduring and unacceptable breach of people’s human rights.” – Norman Lamb, Report Foreword (Zimbron et al, 2022)

The report uses quantitative data to build up a picture of the use of out of area placements for people diagnosed with personality disorders in England in recent years (since 2019). It uses three sources of information:

For the FOI request, some 129 CCGs (67% of the total at the time) did not provide any information.

Alongside the data, the report presents personal accounts about what an out of area placement is like for someone diagnosed with personality disorder. They provide important context to put the numbers into perspective: an important reminder that every person who is admitted to hospital far from home is at risk of experiencing significant distress, trauma and harm.

The results of the research provide as much of a picture of the extent of out of area placements in England as is possible with the data available. And it’s a troubling picture. The report finds that, overall, there were around 7,000 out of area mental health hospital placements for adults in England in the year to February 2021. Quite apart from their human cost, these placements carried a financial cost to the NHS of over £100 million.

The report goes on to find that there is no data on the number of people in longer-term ‘rehabilitation’ out of area placements who have a personality disorder diagnosis. The authors note that this is a major cause for concern. While commissioning guidance for ‘rehabilitation’ services says that their primary role is to support people with long-term psychosis symptoms:

Perhaps more worrying still, the report sought data on what happens after people are admitted out of area. They found that:

The outcomes of people ending an OAP are not publicly available. We looked at the outcomes of people with a personality disorder following discharge in the FOI data. None of the CCGs reported a referral to specialist community personality disorder services. We found 4 placements where no further treatment was given, with the remainder being discharged to Community Mental Health Teams.

Put simply, we have no means of finding out whether people admitted out of area with a personality disorder diagnosis have a positive or negative outcome, but there is little evidence that they receive specialist community support afterwards. 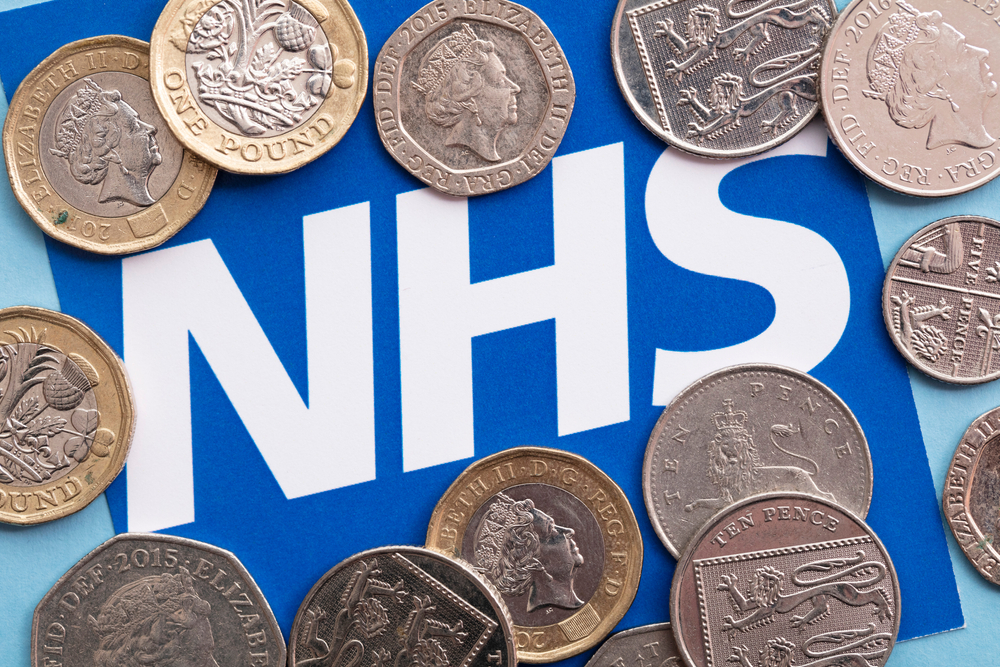 This report finds that overall, there were around 7,000 out of area mental health hospital placements for adults in England in the year to February 2021. Quite apart from their human cost, these placements carried a financial cost to the NHS of over £100 million.

The report concludes that out of area placements for people with personality disorder diagnoses remain commonplace, costly and distressing. Poor quality data hampers transparency, and that in turn undermines accountability. We have no accurate measures of how many people with a personality disorder diagnosis are admitted to a hospital outside their local area, how long they stay, and what outcomes are achieved as a result.

The authors’ view, however, is that available data tends to under-estimate how frequently this happens: perhaps because a personality disorder diagnosis is ‘overshadowed’ by another reason for their hospital admission. This can be seen as exacerbating the discriminatory experience, and perpetuating it – by underestimating the size of the problem, it’s harder to get investment in seeking a solution to it. 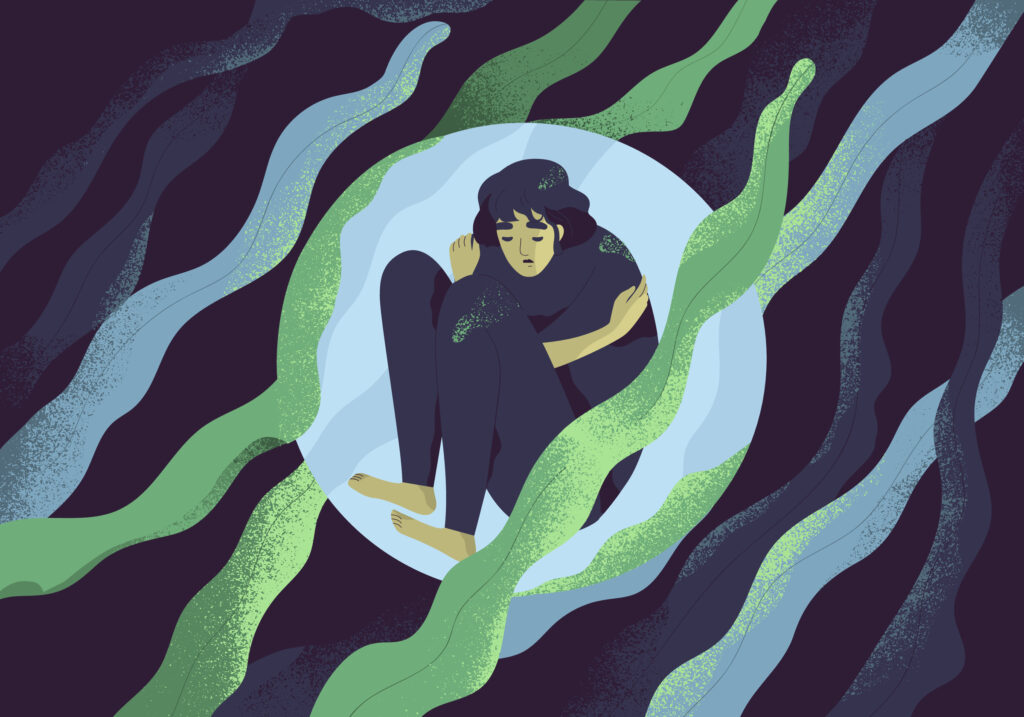 The report concludes that out of area placements for people with personality disorder diagnoses remain commonplace, costly and distressing.

The report’s strength is in its combination of first hand narrative and numerical data. Using publicly available figures alongside data obtained through Freedom of Information Act requests, it attempts to present as much of a snapshot of the current situation as it can, all against the context of what out of area placements mean for the people given them.

Inevitably, the weakness comes from the paucity of the data itself: at best, it allows for a piecemeal view of the true picture. And the experiences of people diagnosed with personality disorders of forensic services are not part of this picture at all.

Gaps and inconsistencies in published data and the data obtained through FOI request mean that we are left with more questions than answers.

What this report does, however, is confront the system with those questions. And the personal accounts make those questions a matter of urgency that cannot be ignored. 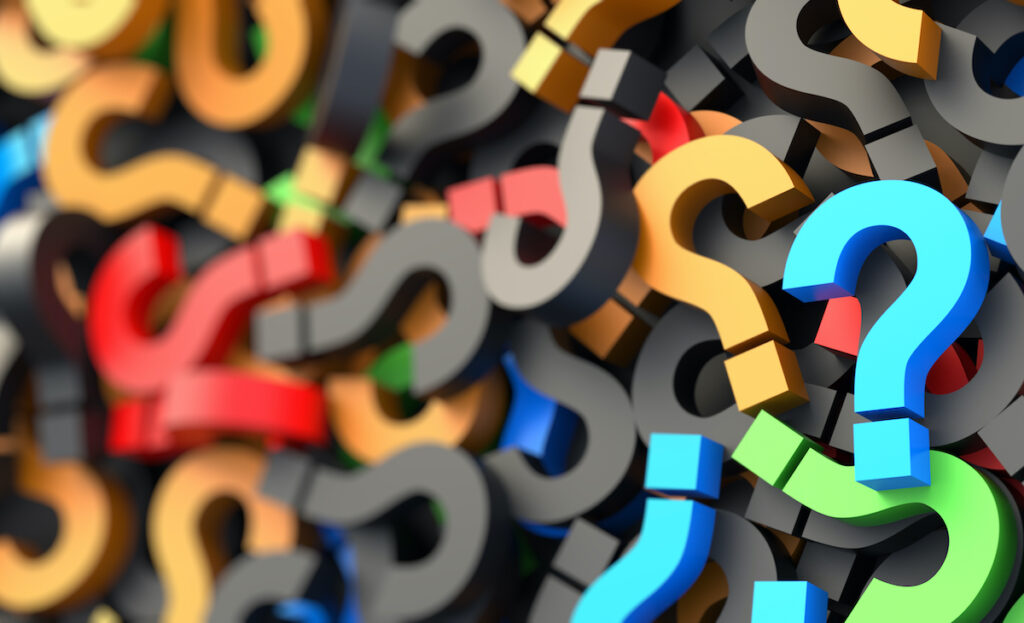 Gaps and inconsistencies in published data and the data obtained through FOI request mean that we are left with more questions than answers.

The report (Zimbron et al, 2022) itself makes five recommendations, which are worth reproducing in full:

Behind these recommendations is a wider implication for the NHS. There is compelling evidence that the health and care system in England continues to offer inadequate support for people diagnosed with a personality disorder. Out of area hospital admissions are a sign that a local health system isn’t meeting the needs of its citizens. The scale of these admissions, and how long they last, speaks volumes about how well the needs of a group of people are addressed. 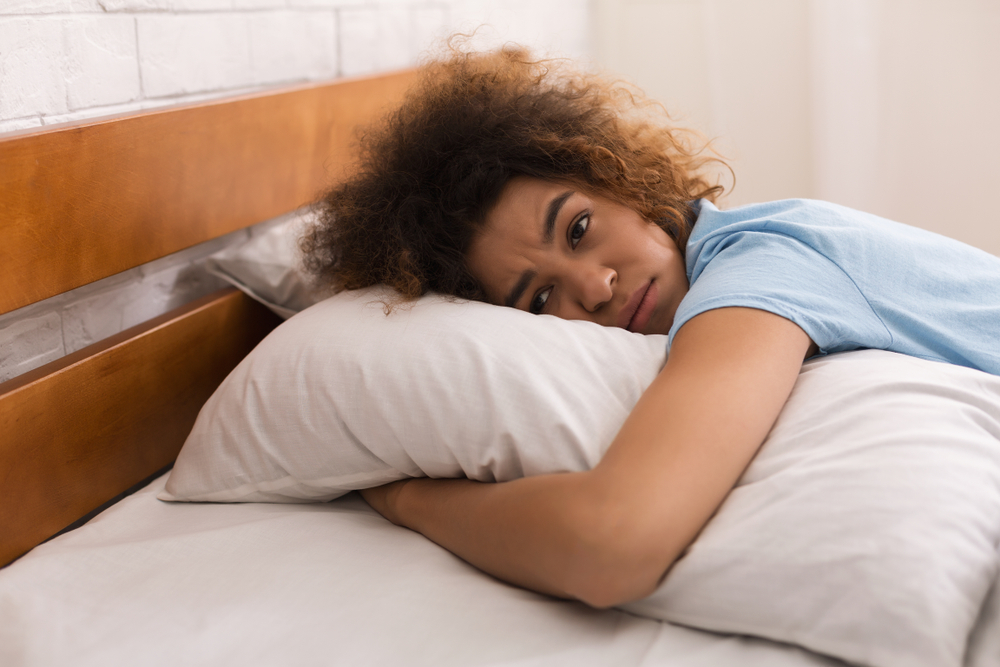 There is compelling evidence that the health and care system in England continues to offer inadequate support for people diagnosed with a personality disorder.

The NHS in England has committed itself to ending ‘inappropriate’ out of area placements, at least for acute admissions. Achieving this has undoubtedly been hindered by the Covid-19 pandemic, during which services have worked hard to meet people’s needs in the most difficult of circumstances, against a backdrop of ever-greater need for support.

Nonetheless, the roots of the problem lie much deeper in our health and care system. Mental health services have been disadvantaged comparatively for a very long time. Within mental health services, support for people diagnosed with a personality disorder has been more disadvantaged still. Underfunding of local services puts people at a greater risk of needing a hospital admission in the first place, and of having to go further from home when that happens. Discriminatory treatment of people diagnosed with personality disorders is costly both to the people concerned and their families and to the health and care system. Too often it results in poorer care at a higher cost with worse outcomes. 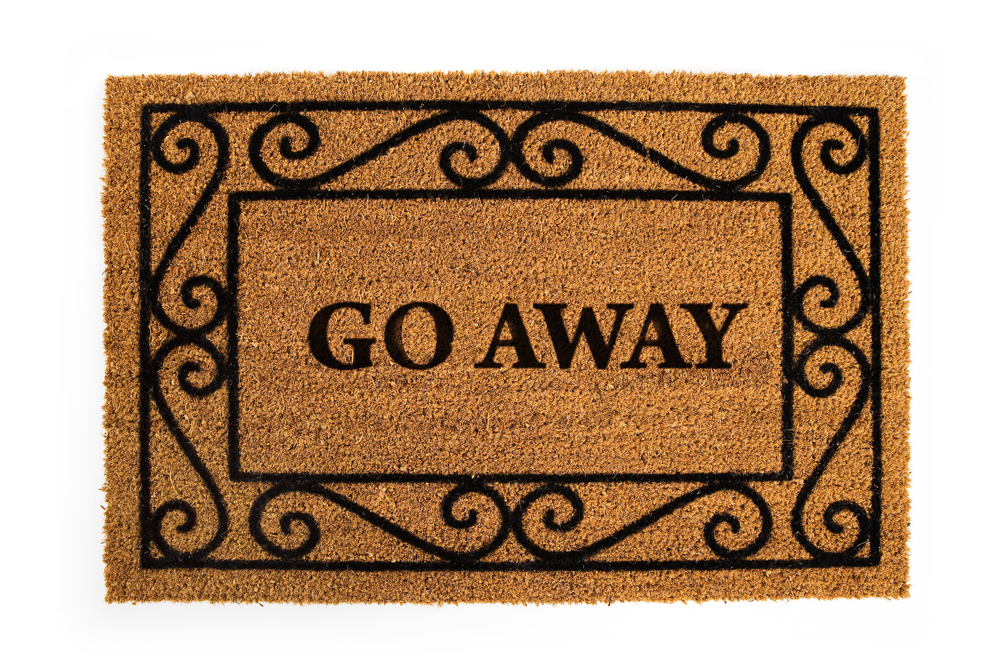 Discriminatory treatment of people diagnosed with personality disorders is costly both to the people concerned and their families and to the health and care system. Too often it results in poorer care at a higher cost with worse outcomes.

Integrated care systems will have the opportunity to address this. Covering large areas and holding very large budgets, they will have the scale and scope to ensure that more people get all the care they need for their mental health at or near their home. We know this has multiple benefits: it brings about better care, closer to home, at less cost (O’Shea, 2020).

The Community Mental Health Framework (NHS England, 2019) promises that things will change. It is clear that primary and community mental health services will be getting extra funding to offer a ‘whole person, whole population’ service that specifically includes people diagnosed with personality disorders. The gaps in the system that leave people with little or no effective support need to be closed.

For too long, people diagnosed with personality disorders have received poor treatment from the NHS. Out of area placements are one manifestation of that systemic weakness in our health and care system. Addressing it means starting from the experiences, views and wishes of people living with personality disorder diagnoses and building a system of support that’s coproduced and adequately funded.

The gaps in the system that leave people with little or no effective support need to be closed. The Community Mental Health Framework (NHS England, 2019) promises that things will change.

Last reply was January 18, 2022
Try out our members features!