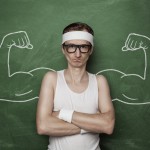 Phrases like this were not infrequent in a men’s mental health group I used to run. Also, many of those passing through the group expressed great ambivalence towards seeking help.

I was therefore very interested to read this study by clinical psychologist Luke Sullivan and colleagues. They wanted to use a large-scale survey design to determine whether masculine norms, difficulty with emotional expressiveness (also known as ‘alexithymia’) and fear of intimacy in close relationships were associated with UK men’s attitudes towards seeking professional psychological help.

The study is pertinent when you realise that men are three times more likely to take their own lives compared to women (ONS, 2013), and have much higher rates of alcohol and drug abuse (Thom, 2003), incarceration (Prison Reform Trust, 2015) and homelessness (Jones et al, 2010). Men’s mental health and their attitudes to seeking help is certainly an area that we need to pay attention to. 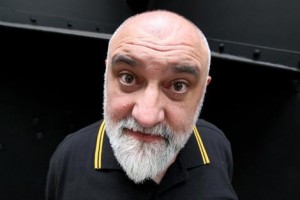 Alexithymia: not a disorder brought on by close contact with Alexei Sayle, but the difficulty we have in expressing ourselves emotionally.

The survey consisted of  a handful of established measures and was hosted on a website. There were 5 main parts to the survey.

Sullivan used a ‘snowball’ approach to advertise and direct people to the survey. This included using Facebook, Twitter, emails, and 1,000 postcards and business cards handed out in socially different areas. Statistical predictions suggested a target of 210 participants was needed. They managed to get an impressive 581 people to complete the survey.

As would be expected from an online survey, the participants were dominated by younger folk. The authors accounted for this by using a weighting-variable in their analysis to ‘turn the volume up’ on the responses from older groups.

The survey found some interesting, and predictable, relationships.

Those saying they would be less likely to seek help were also:

When analysing the effect of the masculinity-related measures together, they accounted for 12% of the variance in help seeking. They also found that the role played by fear of intimacy was fully mediated by emotional expressiveness.

Although these numbers seem fairly small, Sullivan et al point out that in the very specific context of men and male development they are meaningful.

The effect of demographics also seemed to dampen down the role of the other measures; with masculine ideology reduced to 2% and emotional expressiveness to 3% of the variance in help seeking. This might, of course, be due to demographics being a much broader category (it includes lots of things like income, education, age etc) compared to more specific measures like emotional expressiveness.

Furthermore, when looking at the demographics of the men who started the survey we see that those who dropped out were more likely to be:

Perhaps the higher dropout rate of these groups of men reflects a general apathy towards seeking help.

I found some hope in the finding that those who had received support from a mental health professional had significantly more positive attitudes towards seeking help (p<.001). However, as the authors point out, we can’t say anything about their attitudes before seeking help. Perhaps they were already confident about seeking help before contacting a professional or perhaps that contact was crucial to them changing their negative attitudes – we just don’t know. 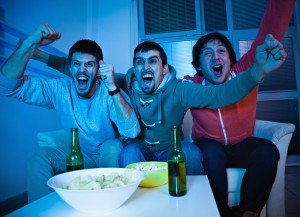 In this online study of 581 males from the United Kingdom, regression analysis showed that men’s negative attitudes towards seeking psychological help were most closely related to higher normative male alexithymia and greater endorsement of traditional masculine ideology.

The authors’ conclusion is reasonable and their discussion pays careful attention to the limitations and implications of the research.

There were three main limitations that I think were most important in considering the results of this study. The authors embrace these and other limitations fairly in their report:

The authors suggest that clinicians and services need to understand that even when they do present, the nature of the interactions may be excruciating to men who find it difficult to express their emotions. Perhaps less intimate forums like the internet and technology may be of benefit for those who find services difficult to access. “CALM” is a nice example of this.

On the other hand, although the study helps to show that there are important differences within men, I do wonder if gender is a bit of a red herring. For example, MAC-UK is a mental health service rooted in the interests and identity of the people they work with, despite not having an explicit focus on gender.

Overall, this study was a good way of showing the merits and challenges of online survey research and has been reported in a fair way that grounds it in clinical implications. I’d really like to see further research related to this area to help us understand what enables different men to seek and access professional help. I don’t think this should be solely an academic pursuit either. Service-user involvement at the most local of levels is surely key to making efficient services that meet the needs of those they’re meant to serve. 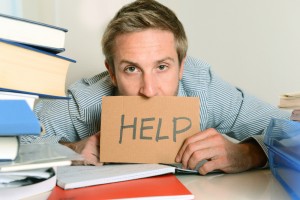 This research suggests that by promoting help seeking in men, we could potentially improve men’s emotional well-being and interpersonal functioning.

Office of National Statistics (2013). Suicides in the United Kingdom, 2011. Retrieved from http://www.ons.gov.uk/ons/rel/subnational-health4/suicides-in-the-united-kingdom/2011/stb-suicide-bulletin.html