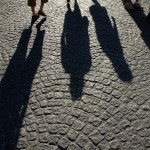 Out in the Mental Elf woodland, we think that we have a fairly good idea as to the basics of mental health disorders. The building blocks of everything we study starts with understanding the epidemiology of the life course of mental disorders. This is fundamental, not only for our research, but also for the planning of healthcare.

Pederson highlights that historically, community-based surveys have been used to provide an important foundation for understanding the occurrence of common mental disorders. For example, the Epidemiologic Catchment Area Study estimated that 32% of the US population had a mental disorder at some time in their lives. Subsequent studies reported even higher lifetime prevalence of nearly 50% and 46.4%. However, some reports have been greeted with skepticism, and others suggested that the community-based surveys included mild or transient disorders and false-positive cases of individuals with dramatic styles of personal presentation but little illness or impairment, thus inflating lifetime prevalence. So, is using a national register better? Pederson et al undertook a comprehensive study of the lifetime risk for mental disorders treated in secondary care settings—that is, a psychiatric hospital, specialty psychiatric clinic, or emergency department. In Denmark, medical treatment is provided by the government health care system without charge to the patient, with national and prospective registration for all individuals in secondary care since 1969.

Individuals were classified with a mental disorder if they had been admitted to a psychiatric hospital, received outpatient psychiatric care, or visited a psychiatric emergency care unit. Case identification was straightforward with the psychiatric registers

They followed up all Danish residents (5.6 million persons); from January 1st 2000, through December 31st 2012 (total follow-up, 59.5 million person-years). During the study period, 320,543 persons received first lifetime treatment in a psychiatric setting for any mental disorder; 489,006 persons were censored owing to death; and 69,987 persons were censored owing to emigration.

As may be expected, they found major sex differences in certain disorders: What is the best way to count disease? Population-based or register-based studies?

approx. one-third of the Danish population will receive treatment in secondary care for a mental disorder across their lifetime.

Register-based studies cannot capture people with untreated disorders. However, population-based studies cannot capture people who emigrated or died before the interview and are less able to capture persons who do not give consent to be interviewed (e.g. who are living in institutions, group homes, jails, or prisons; who are homeless; or who are currently in inpatient treatment). Also, population-based study participants may not report past disorders.

The strengths and weaknesses of the register-based studies appear to contrast and complement those of the population-based approach. The major strength of the register-based approach is the comprehensive clinical assessment of all mental disorders treated in secondary care in a nationwide population, whereas the major strength in the survey-based approach is the use of standardized diagnostic interviews for those persons not necessarily in treatment.

This raises the question of whether we should have a national register in Britain, to facilitate the metaphorical ability of people to stand up and be counted?