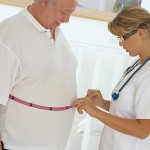 We elves are kept continually up to date with equality and diversity training, having had many centuries to build a society that rises above such petty differences, but we remain curious about the many aspects of stigma and its effects on humans.

New avenues for research are constantly opening up, with studies continuing to highlight how people with health problems are affected by stigmatising attitudes from a variety of directions.

Stirling work was done under the #MentalPatient hashtag such that Asda and Tesco both quickly made apologies and withdrew the costumes, and donated money to English mental health charities. Clearly things are beginning to change, but surveys of the public’s attitudes to mental health continue to lag behind. Within the mental health sphere, studies have shown that even amongst professionals negative attitudes do exist; albeit generally at lower levels than in the general public.

One under-researched off-shoot of all of this is the stigma experienced by people with weight problems and the attitudes held by those who treat them. A recent article by Rebecca Puhl and colleagues (Puhl R et al 2013) in the International Journal of Eating Disorders begins to explore whether the weight biases of professionals may affect their attitudes the treatment of obese individuals in their care.

The authors highlight the negative stereotypes that have been previously found amongst the general public and in healthcare workers with regards to obese patients. Words such as “lazy, unintelligent, weak-willed, sloppy, lacking in self-discipline, and unwilling to make the changes necessary to lose weight” are commonly attributed to obese people, perpetuating a blame culture which suggests that obesity is the patient’s problem, and that attempts to treat this will be unsuccessful. They suggest that this attitude coming from healthcare staff (whether overt or inadvertent) sets up barriers for obese patients to seek treatment, reduces their self-esteem, increases psychological co-morbidity, and may be a risk factor for development of further maladaptive eating patterns.

This new study presents the results of an anonymous online survey undertaken over 6 weeks in the autumn of 2012 of professionals working within specialist Eating Disorder (ED) services. The study sets out firstly to examine the levels of weight bias present, and then to determine if this bias is linked with negative attitudes to obese patients. The researchers also strive to indentify factors which may be correlated with higher or lower weight biases. Participants were recruited via adverts in ED journals and conferences and data collected via a survey website. In all 520 people responded, with 329 completing the full survey and being included in the subsequent data analysis.

The measures used include general demographic information about the participant, including years of experience working with ED patients and whether the participant was currently dieting. It then took them through a series of scales around weight and attitudes to obese patients. These included the Fat Phobia Scale and Universal Measure of Bias – Fat (both assessing general attitudes towards obese people), and several scales looking at:

Participants were also asked about their own experiences of disordered eating, dieting, fear of fatness and whether they had suffered victimisation about their weight.

The authors found a preponderance of female, Caucasian respondents, almost one quarter of whom were trying to lose weight currently.  38% had a history of eating disorder, and 42% had been teased due to their weight. Almost all (96%) treated patients with eating disorder and the majority (87%) treated obese patients.

Weight bias scores showed that negative views were present at only slightly lower levels than other professionals in other specialties, the prevailing stereotypes being that patients overeat (55%), are insecure (50%) and are inactive (38%). However high percentages of respondents felt that patients should be shown compassion and respect (94%) and that they were confident (88%) and professionally prepared (84%) to treat obese people, and found it rewarding (72%). Few expressed negative attitudes towards treating patients, however 56% had heard or seen other professionals making negative comments.

So why might these negative attitudes pervade? Using regression analyses, the authors found the following associations: 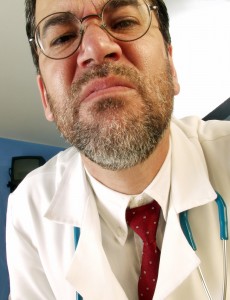 The authors point out that 151 people failed to complete the survey despite beginning it. Many stopped at the point where the Fat Phobia Scale was presented, and it may be that this eliminated people who felt they could not share their views openly. Perhaps less politically correct views, or views from those who found discussing their weight biases difficult were lost as a result. They also note that it was not possible to generalise from this data to the views of male professionals, or those from non-white ethnic backgrounds. The main issue though is that causality is not established in these findings, only associations. So when looking at the findings although it appears that being less experienced, high BMI and dieting are linked with high weight biases, and that high weight biases are linked with negative attitudes toward obese patients; we can’t conclude that one causes the other, nor that the quality of patient care was affected.

However, the high levels of reporting of negative behaviours in other health professionals suggests that tackling weight bias is a sensible way forward. Negative attitudes are often built on stereotypical assumptions about a group of individuals, and are often simplistic in nature. Factors contributing to obesity are multiple and unique to each individual patient.  Hence a stereotyped view is likely to be unhelpful in formulating an effective management plan for an individual as it may not take into account their circumstances, but be based (consciously or unconsciously) on views that they are lazy, unmotivated, overeating and not amenable to change.

This study hints at some of the deeper problems of tackling stigma experienced by patients by highlighting that negative attitudes can be held by health care workers about the very patients they are treating. Whether these views are contained and suspended during working hours so that they do not influence the professional activity of the healthcare worker, or whether they leach out imperceptibly affecting the care given is as yet unclear. Further efforts to tackle stigma in all healthcare settings would make sense, but this should (at least in this elf’s view) go hand in hand with approaches to destigmatise attitudes toward mental illness across the wider population. Last reply was September 1, 2014
Try out our members features!