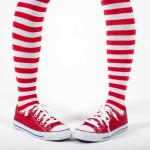 Anorexia Nervosa (AN) is a very serious illness with a high morbidity; it is also notoriously difficult to treat. Praise then to researchers investigating innovative treatments that might help.

This pair of papers investigating the hormone oxytocin have been widely reported in the popular press, from the BBC to Time magazine and the Daily Mail (link withheld as a matter of principle), with journalists relishing the opportunity to write about the “love hormone” which “may treat Anorexia”. But do they overstate the case?

There is a rationale for these studies: oxytocin levels have been found to be low in patients with AN. Oxytocin increases attention and sensitivity to emotional expressions, and some evidence suggests that patients with AN struggle with recognising emotions. Oxytocin reduces attention to threat, so perhaps it may reduce the perceived threat of food and overweight body shapes to individuals with AN. Finally, 6 weeks of oxytocin nasal spray reduced eating and weight concerns in a group of patients with AN during nutritional rehabilitation. Importantly, however, oxytocin has also been reported to reduce appetite in animals, which might have an impact on whether it could be used as a treatment for eating disorders.

These two papers 1,2 study the effect of oxytocin on attention, as measured by the time taken to identify the orientation of a pattern of dots, appearing from behind one of a pair of images.  The researchers interpreted a fast response as demonstrating “vigilance to threat”.

Both papers are based on double-blind, placebo-controlled, cross-over trials. From reading the methods of each, it appears that both papers describe different sets of results from the same trial. Participants were given oxytocin or placebo by nasal spray 45 minutes before completing the tasks 1,2.

Participants completed dot probe tasks (measuring the time taken to identify the orientation of a pattern of dots, appearing from behind one of a pair of images)1,2, to measure their attention to the following stimuli:

Participants were then offered a juice drink and asked to drink as much as they could.1

The main difficulty I had with the study was in interpreting the meaning of “attention”.  To my mind, it might mean at least two things: (1) I like the look of that, or (2) that seems threatening, I’d better keep an eye on it. So faced with a picture of a delicious/horribly fattening cream cake on one side, and a little kitten on the other, do participants focus on the cream cake because they’re a bit peckish and rather fancy it for tea, or because they’re horrified by the effect it might have on their thighs? It might be that no difference was found between groups in attention to food because both groups were attending to the food images, but for different reasons.

There is an obvious temptation in an early study like this to make multiple comparisons to try to understand how oxytocin might affect different tasks, but I was a little concerned by the number of comparisons, increasing the likelihood of finding a difference between groups by chance. There were so many comparisons that in my description of the results I have not listed all the negative findings. The researchers have chosen to publish the results, which appear to use exactly the same group of patients, as two separate papers, perhaps to enable more detailed and relevant introduction and discussion sections. It is unfortunate that the papers do not reference each other, so a reader of one of the papers would not necessarily be aware of the other paper and the further comparisons between groups.

The authors note that their patient sample was heterogenous1,2 , containing some inpatients and some outpatients, which might make results harder to interpret. The number of participants in the trial was fairly small, and we do not know whether results in South Korean patients would translate to UK patients.

So does the “love hormone” save the day, or has the story been oversold? It will be interesting to see how trials of Oxytocin for AN proceed, and whether it will ultimately be used as a drug treatment for eating disorders, but I am not sure that the results of this trial bring us much closer to knowing whether it might be effective. Trials studying whether oxytocin has an effect on the core symptoms of AN would be more useful from this point of view.  The press coverage raises the profile of research into treating mental illnesses, which is positive.  However, the reality, which the researchers acknowledge in the original papers, but which is largely ignored in the press coverage, is that we’re some way from that point at the moment.

These are interesting studies, but we remain some distance away from introducing oxytocin as a treatment for eating disorders