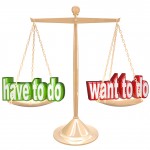 Family and friends often play a very important role in supporting older people with long-term, severe mental health problems. It is estimated that 25% of the 6 million carers in the UK are supporting someone with a mental health problem (Carers Trust, 2007). Stress has been cited as having a major impact on the wellbeing of carers, but more research is emerging about other influences.

This study was carried out at the Department of Psychiatry of the Elderly, Altrecht Mental Health Care in Zeist, the Netherlands. It was funded by the Netherlands Organisation for Health Research and Development.

The researchers aimed to find out more about carers’ differing experiences and perceptions of their lives and roles. They also wanted to identify processes underlying long-term caregiving. As a starting point for their inquiry, the researchers sought to go beyond the stress-process models which are often used to understand the carer experience and why some people feel more burdened than others. They argue that:

The differences cannot be understood by factors currently known to exacerbate the burden of caregiving. This qualitative study seeks to explore and understand underlying factors that may shed new light on the caregivers’ appraisal of the situation, which may cause these differences in impact.

This is a qualitative study where community mental health nurses in two large mental health agencies in the Netherlands invited caregivers to take part. The participants gave informed consent and the research was passed by an ethics committee.

Twenty-four people were approached to take part and nineteen agreed to be interviewed. The study inclusion criteria were as follows:

The participants had a mean age of 66 and eleven had disabling conditions, with one having treatment for depression. The socio-economic backgrounds ranged from lower to upper middle and all spouses and one child shared a home with the care receiver.

Participants were interviewed face to face at a location suggested by them and in the care receiver’s absence. A research team of three members analysed the data. For triangulation one of the researchers provided an external critical check. The researchers identified what they call ‘perceived freedom of choice’ as an underlying psychological factor that seems to impact on how the carer responds to and copes with their role. They were able to define two main types of long-term caregiver:

These factors further divided people in the type 2 category:

Overall the research suggests that people who fall into the type 2 category are more at risk of becoming overloaded, with the ‘impact of freedom of choice being most visible in the quality of the relationship and the caregiver’s psychosocial wellbeing’.

Reflecting on the study results in relation to existing research, the authors conclude that:

In this study the concept of freedom of choice is stated as the key concept in explaining the impact of long-term caregiving…Perceived freedom of choice shows that differences in impact cannot be explained solely on the basis of stressors, buffers and contextual factors found in the research to date.

Further the authors make practical recommendations for the development of carer support programmes:

An intervention should ideally use an empowering approach to encourage caregivers to redefine their personal life and focus on their caregiving strengths, and on “living”, rather than on the reduction of caregiving tasks and their subjective burden. This research provides insight into how carers of older people with severe mental health problems psychologically experience and adapt to their role, with the key issue being their ‘perceived freedom of choice’ about giving care and support. The findings can inform the way mental health carer support services are developed in the UK and open the way to further research on the psychological impact of caring beyond the established stress models.

Caring for someone with a mental illness. NHS Choices, 2013.

A checklist for carers of people with mental health problems. Royal College of Psychiatrists, 2010.