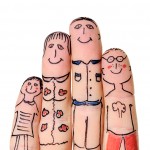 The Measuring National Well-being programme was set up in 2010 with a focused aim, to ‘develop and publish an accepted and trusted set of National Statistics which help people understand and monitor well-being’.

The idea here is that we need to add meaningful economic, social and environmental measures to sit alongside the traditional Gross Domestic Product assessment.

The first annual report of the programme has been published and it contains a real mix of different types of information that seek to provide a richer picture on ‘how society is doing’. Quantitative data on unemployment and crime sits alongside more qualitative data on job satisfaction, attitudes to leisure and fear of crime.

Former Cabinet Secretary and Chair of the initiative, Lord O’Donnell, says that the new report “clearly shows” that a greater emphasis on mental health is justified:

Depression reduces life expectancy as much as smoking. So the NHS should spend much more on mental health.

Key points from the report include:

Readers who get excited by nifty but ultimately meaningless Flash movies may like to check out the National Wellbeing Wheel of Measures, which summarises some of the key statistics in an interactive wheel.

There is a wealth of information available in the web version of the annual report and it’s supporting annexes, tables and charts. Definitely worth a few minutes of your time if the wind and rain gets too much for you this weekend.