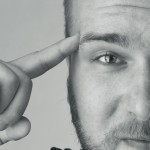 By Kerrie-Anne Ho and Colleen Loo from the University of New South Wales, Australia.

Around 350 million people worldwide have depression. Antidepressant medications are often prescribed to treat the condition, alongside talking therapies and lifestyle changes such as regular exercise.

But a substantial proportion of people either don’t respond to antidepressants, or experience such significant side effects that they’d prefer not to take them.

In search of alternative solutions, researchers around the world, including our team, are investigating transcranial direct current stimulation (TDCS) as an alternative treatment for depression. But this isn’t something you can safely try at home.

Unlike electroconvulsive therapy, TDCS uses very mild electric current to stimulate the brain and has few side effects. The mechanics of TDCS are quite simple, involving a battery, two leads and the electrodes through which the current is passed. 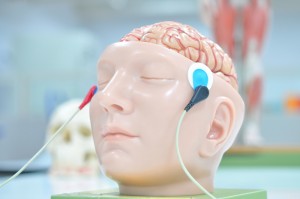 Researchers are yet to fully understand the effects of varying stimulation approaches.

Transcranial Direct Current Stimulation for Depression: how does it work?

The stimulation works by changing the activity of nerve cells in the brain. In depression, the left frontal areas of the brain are often less active than usual. TDCS stimulates this area to restore brain activity.

We’re still evaluating the effectiveness of TDCS, but so far studies have found that TDCS works better than a placebo (or simulated treatment) at reducing symptoms of depression (Kale et al, 2012; Loo et al, 2012).

When combined with the antidepressant medication sertraline (marketed as Zoloft in Australia), the combination TDCS-drug therapy works better than medication or TDCS alone (Brunoni et al, 2013).

Research has found that among people with depression, a course of TDCS can improve the brain’s “neuroplasticity”, which is the brain’s ability to learn and adapt to changes in the environment (Player et al, 2014).

The therapy has a good safety profile; if administered by clinicians and researchers trained in stimulation technique and safety. Our research team has administered thousands of TDCS sessions without incident.

But this is not the case when TDCS is used in the “DIY” context, with DIY users trying to stimulate their own brains.

This phenomenon is often guided by online forums and websites dedicated to DIY TDCS. Users comment on their own experience and share tips on how TDCS can be used to treat their own depression. People with no medical training and limited understanding of TDCS self-treat their depression and advise others on treatment.

So, what can go wrong?

The most obvious concern is that poor technique and improper electrode placement could cause skin burns.

What’s more concerning is the ability for TDCS to produce lasting changes in brain functioning. Depending on how TDCS is given, these changes could be good or bad.

A DIY user could, for example, cause lasting impairment to their thinking and memory. For people with severe depression, incorrect application could worsen their condition or induce a hypomanic (manic) episode (Arul-Anandam AP et al, 2010).

When it comes to medications, it’s important to get the right dose and dosing schedule. That’s why this role falls to qualified clinicians and researchers. The same goes for TDCS: current intensity, electrode size and position, and the duration and frequency of the stimulation determine the effects in the brain.

The relationship (Batsikadze et al, 2013) between dosing, intensity and position is highly complex (Bastani et al, 2013a; Bastani et al, 2013b). This isn’t a simple case of “the stronger the better”. Even researchers are yet to fully understand the effects of varying stimulation approaches and much more research is needed.

The acceptance and popularity of TDCS among the general community is encouraging. But TDCS is still experimental and isn’t safe to administer at home. DIY users are not trained in proper technique nor are they trained to identify, prevent or deal with unexpected outcomes.

If you’re interested in participating in our TDCS trials for depression, contact the research team at the Black Dog Institute for more information.

This article was originally published on The Conversation.
Read the original article.

Last reply was January 21, 2015
Try out our members features!