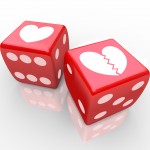 Two of the most widely available medicines for dementia in the UK are cholinesterase inhibitors and a N-methyl-D-aspartate (NMDA) receptor antagonists (NHS, 2013).  Both drugs are popular because they have been found to lead to improvements in dementia symptoms (Raina 2008). However, some have raised concerns about the safety for patients. These concerns are partly grounded in claims that whilst these medications may ‘treat’ dementia, they carry risks to patients’ cardiovascular health (McCain 2007, Haibara 1995). Some researchers have attempted to explore if these risks exist, but the clarity of their findings are marred by different methodological problems (Fosbol 2012).

Using cross-national patient records from the USA and Denmark, a new study by Fobsol et al hoped to clarify the cardiovascular risks of the dementia medication.

The researchers used a nationally representative sample of patient records from Medicare beneficiaries from 2006 through 2009 in the USA and nationwide Danish administrative registries from 1997 through to 2007.

The authors explored the link between the prescribed dementia drugs and subsequent cardiovascular health. Cox proportional hazards regressions were performed to do this.

Medicines included in the research were:

In the USA sample they looked for any associations between these medications and myocardial infarction (MI), heart failure, and syncope or atrioventricular block. In the Danish cohort they looked for these conditions as well as fatal and non-fatal MI and cardiac death.

There was no greater risk of cardiovascular events associated with rivastigmine than with other cholinesterase inhibitors. The greater risk of cardiovascular events in the Danish cohort users of memantine and combination therapy is probably related to selection of sicker participants, because these therapies are reserved for individuals with more-severe dementia in Denmark. A key strength of this study lies in a large representative sample was used.  This suggests that the effects of the drugs were the same, regardless of different socio-economic factors. The main strength of this study is that it showed that most of the results replicated cross nationally. This is particularly important  because it suggests that the effects of the drug results are similar in different environment, meaning, that it is quite likely that the risks of cardiovascular effects found were not likely to stem from environmental factors.

Haibara AS, Colombari E, Chianca DA, et al. NMDA receptors in NTS are involved in bradycardiac but not in pressor response of chemoreflex. Am J Physiol 1995;269: 421-427. [PubMed abstract]