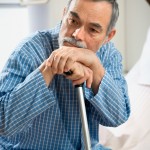 The first full report of the National Audit of Dementia has identified a need for significant improvements in hospital ward environments, staff training and the overall approach to care delivery for patients with dementia.

Although the majority of wards meet basic safety requirements, the audit shows that many had not addressed simple measures that could lessen the distress caused to dementia patients by an unfamiliar and confusing hospital environment.

The audit also reveals deficiencies in staff training. Less than a third of staff said that their training and development in dementia care was sufficient. Observations of care carried out for the audit found that care is often delivered in an impersonal manner, by staff who did not fully understand the needs of patients. This resulted in staff not greeting or talking to patients during care, explaining what they were doing or offering choice. Sometimes, staff were seen failing to respond to patient’s requests for help.

The audit was commissioned by the Healthcare Quality Improvement Partnership (HQIP) and carried out by the Royal College of Psychiatrists’ Centre for Quality Improvement in partnership with other organisations. The main audit looked at data collected from 210 hospitals across England and Wales. Ward level data was collected from a sample of 145 wards across 55 hospitals. This included 2,211 staff questionnaires, and 105 observations of care on the ward, carried out by hospital staff.

Key findings from the report include:

The report makes a series of recommendations to help address the problems, including:

Hospitals have begun work locally to address problems after receiving local reports from the audit team earlier in the year. Many have submitted action plans detailing key actions for improvement, including:

Staff on audited wards are working on actions to improve the experience of care, including making sure that staff understand the preferences and needs of the people with dementia they see, encouraging positive communication and conversation, and making sure that leadership from champions and role models is in place to support front-line staff.

This report provides further concrete evidence that the care of patients with dementia in hospital is in need of a radical shake-up. We have a provided a number of recommendations that if implemented will enable patients and their families to have confidence in their hospital treatment. It is good to see that several hospitals have responded to the results of the interim findings with programmes of quality improvement. Hopefully real change will be seen in the results of the next national audit, which is due to be published in June 2013.

We have a lot of work to do to make sure that patients with dementia get the best possible care in hospital. They deserve no less, and we are delighted that the NHS in England has made the care of this group one of its top priorities. The Royal College of Physicians will work with clinicians, health service managers, the Department of Health and the wider NHS to ensure that we bring standards across the country up to the best achievable.