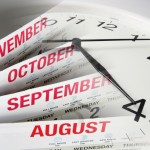 Well this is an interesting one. The abstract of a recent review by Carrion et al concludes that cognitive psychosocial interventions such as reality orientation and skills training improve cognition (Carrion, 2013).

Woohoo, I thought; fantastic!  And then I read the review…

The authors searched the usual bibliographic databases for randomised and non-randomised controlled trials, including the Cochrane Register of Controlled Trials (CENTRAL).  The search was carried out in 2010, three years before the publication of the review.  They restricted the papers to those written in English or with an abstract in English.  There was no attempt to identify trials with unpublished results.

There were two types of intervention falling under the definition of cognitive psychosocial interventions: Reality orientation is all about presenting information about time, place or person in order to help a person understand their surroundings and situation. This information is repeated at regular intervals.

Of the nine trials on reality orientation:

So, onto the skills training interventions – perhaps there would be better news there.  Nope. Even worse:

In general, the conclusions that can be drawn from this review about effectiveness are limited by the extreme variation in the characteristics of the interventions, the patient population in terms of age, stage of disease progression etc, duration of intervention, tools used to measure cognitive outcomes, and of course the methodological quality.  Quite rightly in my view the researchers judge that a meta-analysis is inappropriate. We’re not quite talking snowflakes here, but there was huge variation across the trials included in this review.

But after all the discussion about these huge limitations and lack of clinical significance, the researchers conclude that:

This is a slightly toned-down conclusion than is reported in the abstract, but not much. I really think they should have stuck a “may” in there before the word “improve”, but I guess I am just a miserable old Cochrane square.

I am biased (sacrilege, I know) and I prefer the more focussed approach of the Cochrane Review on Psychosocial Interventions (Richter, 2012) which looks at the specific (and patient-centred) outcome of reduction of antipsychotic medication.  This is less vague, and although it concludes as pretty much all reviews do that “more high-quality research is needed”, at least it draws attention to the fact that the one included study of high methodological quality showed the most positive effect.  So despite a very Cochrane-y cautious conclusion, to my mind, the Cochrane Review gives a much more constructive and positive message.

I would take the message of the Cochrane Review further and recommend that the high-quality trial (Fossey, 2006) should act as a blueprint for future researchers who may hopefully replicate the positive result and strengthen the evidence of effectiveness for what looks like a promising intervention for reducing the use of antipsychotic medication.