Home » Posts » Mental health » dementia » Helping patients and carers deal with a diagnosis of dementia: one size doesn’t fit all 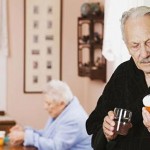 Early diagnosis and intervention for people with dementia is increasingly considered a priority.  But there are still considerable barriers to achieving this, and nervousness from practitioners on the possible negative effect of earlier diagnosis of a condition widely perceived as untreatable and life-changing.

A recent systematic review by Bunn et al analysed the qualitative evidence about how patients and carers adapt to a diagnosis of dementia, and which type of post-diagnosis support is perceived as most helpful.

I was extremely pleased to have the opportunity to write about this review as my own mother received a diagnosis of vascular dementia at the end of 2011. This was well over a year after she started displaying fairly serious mood and memory changes which led to her being diagnosed with depression by her GP.

By complete coincidence, I had started working for the Cochrane Dementia Review Group almost exactly at the time my mother started to display symptoms in the Summer of 2010.  Until then I had no recent personal experience of dementia, and I am not a medical expert by a long stretch.  I was suddenly immersed in the world of dementia research, and as a result, over a fairly short space of time I found out all sorts of information about services available for people with symptoms of memory loss – in short, I discovered there were these things called memory clinics.

Armed with a small amount of recently acquired knowledge (always dangerous in an elf…), rather to the GP’s surprise, I suggested that he refer my mother to the local memory clinic.  To say she had a following wind on the route to her diagnosis is a bit of an understatement, but it still took well over a year.

Although my mother’s story is unlikely to be typical, she would have fitted in well as a participant in one of the studies included in this high-quality systematic review. The researchers identified 102 studies with a total of 3,095 participants: 1,145 with dementia or mild cognitive impairment and 1,950 informal carers. 76% of the studies were conducted in the UK or North America and most participants were white and relatively affluent – a common theme in most research on dementia.  16 of the 102 studies focused on the views and experiences of black and minority ethnic groups or compared the views of different ethnic groups. The researchers excluded studies written in languages other than English which they acknowledge may have introduced bias.

Using “thematic analysis”, which is a fancy way of synthesizing the results of qualitative studies, they identified three recurring and dominant themes around the diagnosis of dementia.

Many studies explored the barriers to seeking a diagnosis, such as stigma, normalization of symptoms, and lack of knowledge.  They also reported that in some cases doctors are slow to recognise symptoms, and that even when people have been referred to memory services the process may be slow, with long periods of waiting.

Once a diagnosis was made, as you would expect it could have enormous impact on identity, as well as roles and relationships, with spouses especially having to make big adjustments in roles and communication, and in wider social networks.

2.       Resolving conflicts to accommodate a diagnosis The review revealed a need for greater support from professionals after diagnosis, including advice, social and psychological support, access to community care, and respite.

In our case, I can provide a degree of practical support by accompanying my parents to regular appointments with a consultant old-age psychiatrist to act as a much-needed interpreter of dementia-related medical jargon, such as the charming `emotional incontinence’.

To my delight after a few months under the consultant’s care, and possibly due to the very pro-research stance I take during the appointments, I discovered they had been recruited to a trial on cognitive stimulation therapy.   This is just a personal observation, but I think participating in the study led to a quicker acceptance of the diagnosis by both of them, and a more positive new identity for my mother as a person living with dementia.   That would be an interesting theory to test.

There was evidence in the review that valuable support was often provided by voluntary organisations such as the Alzheimer’s Society in the UK, although signposting to these needed to be improved.

Both I and the psychiatrist did encourage my father to make contact with the local Alzheimer’s Society, but I think he found the name (my mother does not have Alzheimer’s disease dementia) and emphasis on group activities rather off-putting.  More practical support from Age UK in helping him get a parking permit and advice on other entitlements has been more welcome although slow to materialise. I found this review very interesting, for obvious reasons, but I did find myself wanting a few more numbers and graphs to hang my thoughts on.  It certainly does give a comprehensive account of how people (mainly white, well-educated, easy-to-do-research-on people) accommodate and adapt to a diagnosis of dementia.

Implications for practice are that people with dementia and their carers need early information and signposting to appropriate specialist support which should be ongoing and flexible to their unique circumstances.  It is suggested that, in the UK at least, this support could be provided by specialist dementia advisors.

In the next sentence of the paragraph on implications for practice, the researchers ask us to consider the availability of these specialist resources. They go on to say that the recent publicity around early diagnosis might lead to higher expectations of services in the early stages of the illness and divert resources away from those with more advanced dementia.  This is not quite the punchy upbeat message I was hoping for nearing the end of the review.   But perhaps it goes some way to explain that the achievement of an appropriately timed diagnosis, and adequate post-diagnosis support is still largely dependent on the knowledge and/or pushiness of people with dementia, carers and family members.

Last reply was October 10, 2013
Try out our members features!