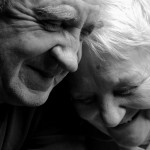 As part of its excellent ‘Too Much Medicine’ series, the British Medical Journal last week published an important analysis of the current direction of travel in the field of dementia care. The article is hard to ignore, written as it is by highly authoritative academics from the UK and Australia, including Professor Carol Brayne, an expert in public health from the University of Cambridge. The authors pull no punches as they question the current drive to raise the diagnosis rates of dementia and cognitive impairment.

Key to their concerns are the policies that are being implemented in many countries in order to achieve the goal of increased diagnosis – including the UK Government’s incentive scheme for GPs to undertake  ‘case finding’ in certain groups of patients as part of the GP contract. They highlight the reluctance among proponents of this approach to consider the possibility of harms to patients – including misdiagnosis of dementia itself, and the questionable value of ‘pre-dementia’ diagnostic labels such as Mild Cognitive Impairment. The article speaks for itself, and my interest here is to consider the reaction it has generated – much of which continues to espouse the value of early diagnosis with tired old arguments that are growing distinctly thin.

The first such argument was put forward by Prof John Starr, Director of the Alzheimer Scotland Dementia Centre, University of Edinburgh, who said:

At present less than half the people with dementia in the UK are diagnosed. For any other serious condition – cancer, stroke, diabetes – this would be unacceptable.

The implications of this oft quoted claim are that those who question policies to increase diagnosis rates are in some way guilty of stigmatising or undervaluing dementia – nothing could be further from the truth, and the statement is simply not valid. Overdiagnosis is one of the most pressing concerns in 21st Century medicine, and has resulted in the BMJ publishing a whole series of articles to raise awareness of the problem it is causing. The article on dementia is only one of these and joins others concerning equally serious conditions including cancer, pulmonary emboli and chronic kidney disease. What is unique about dementia is that the government have set a target diagnosis rate for the nation to aim for (65%) – now this is something unusual, and needs careful thought as it is setting a potentially harmful precedent.

Where is the evidence for ‘case finding’? Search if you wish, but you won’t find any high quality evidence for ‘case finding’

The second defence of current policy comes from, among others, Jeremy Hughes, Chief Executive of the Alzheimer’s Society. He argues that all the concerns about screening for dementia are unnecessary, because the UK policy is for ‘case finding’ and not screening. The polarity on this question has reached an impasse, and we will never get agreement as to whether or not a GP asking a subset of their patients about their memory constitutes screening. What matters, however, is not the name we give to a process, but the process itself. What cannot be denied is that the ‘case finding’ scheme involves incentivising doctors to undertake a proactive, doctor-led intervention – enquiring about memory when neither patients, their families or their GP have expressed concerns.

Doctor-led interventions should only be done in the best interest of patients – and we have to know that the benefit exceeds the harms or we should not subject our patients to them. If case finding is not screening (about which we know that the benefits do not exceed the harms, and so it is not recommended) then where is the evidence that this new intervention is of benefit? The answer is that that there is no evidence at all, since it has been rolled out without so much as a pilot. Simply changing the name should not circumvent the need for a robust evidence base.

How will ‘case finding’ affect people who don’t have dementia?

Finally, we are frequently told of the benefits of a diagnosis as a justification of the current policy. For example Prof Alistair Burns, the dementia Tsar, said:

The idea of a “curse” of diagnosis doesn’t fit well with my experience with patients and carers. A diagnosis begins to open doors to be able to access support. I don’t deny that for many patients a correct diagnosis of dementia can certainly open doors to access support, as well as giving an explanation for what is happening to them. This is only one side of the coin, however, and we must consider the impact of the current case finding scheme on those who don’t have dementia. For those who work all the time with dementia patients, or for a dementia charity, it must be easy to lose sight of these patients, but we must not ignore them. There are the majority who do not have any memory problem, but whose interaction with their GP is side-tracked with an unnecessary enquiry in order to tick a box; those with memory problems that does not constitute dementia and risk being labelled with an unhelpful diagnosis such as mild cognitive impairment; most seriously of all, there are those without dementia who will be misdiagnosed – far from giving understanding and opening up support, this could cause untold distress and confusion, while closing down a patient’s horizons.

There are many vested interests in the expanding field of dementia care; unfortunately it is not just about patient care, but also big business, both financially and politically. I have raised concerns before about who is really benefiting from the current drive to increase diagnosis rates, and I will continue to do so until I am convinced it is the patients themselves. The paper by Brayne and colleagues is a significant milestone in this debate, and we must not allow it to be ignored.