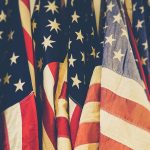 Dementia is the major global public health challenge of our time due to the increasing ageing global population (Prince M. et al, 2015) and the associated (mainly social care) costs.

Estimating the prevalence of a disease is not usually the most exciting of research endeavours, but doing so for dementia is genuinely important, as accurate figures allow policy planning to adapt to the evolving demands; and changes in prevalence of diseases and their risk factors shine light on the potential for preventative strategies. The importance of dementia prevention has been brought into focus by the latest failed drug trial.

A number of recent studies have indicated changes in dementia rates globally over the past 20-30 years:

And these changes have accompanied changes in the prevalence of known dementia risk factors; strengthening the idea that if we can reduce lifetime exposure to adverse factors, we might tackle the dementia public health crisis.

The authors of this study aimed to identify changes in dementia prevalence in US older adults and examine the association of any change with established dementia risk factors. 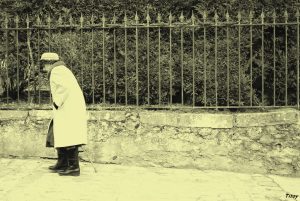 Dementia is the major global public health challenge of our time due to the increasing ageing global population.

This study used data from the Health and Retirement Study (HRS), which is a US nationally representative cohort study of people aged over 65 years. It has surveyed its participants every two years since 1992 and the results reported here are two cross-sectional prevalence surveys of the HRS participants in 2000 and 2012. There were around 10,500 enrolled in the study at each of these time points, around 40% of whom remained in the study throughout that time.

Assessment was conducted in person or by telephone with the individual of interest, or using a proxy respondent if the subject was unable or unwilling to complete the survey. The overall response rate was 88% in 2000 and 89% in 2012, but the age-standardised proportion of assessments completed by proxies fell from 12.5% in 2000 to 6.6% in 2012.

The Telephone Interview for Cognitive Status (TICS) was used for assessing participants for dementia. It tests:

Cut-off points of the 27-point scale were: 0-6 = dementia, 7-11 = cognitive impairment – no dementia (CIND), 12-27 = normal). For proxy interviews, an 11-point scale was used to assess the memory and functional level of the subject. Against a gold-standard neuropsychological and clinical assessment with an expert diagnostic panel, these approaches correctly classify 76% of self-respondents and 84% of those represented by a proxy.

Some important social and clinical differences between the two samples were reported. The 2012 cohort:

The authors found that controlling for education, wealth and race explained 9% of the change in dementia prevalence, and that cardiovascular risk factors and BMI explained an additional 4%. The model which adjusted for all these risk factors did not fully explain the decrease in dementia prevalence, suggesting the effect of other unmeasured factors.

The authors finally reported on the fully adjusted model of risk factors and their association with dementia in the two surveys combined. As we might expect, education and higher wealth were associated with reduced risk and stroke and diabetes with increased risk, but they counterintuitively found that people who reported a history of heart disease and who were overweight also had reduced dementia risk. 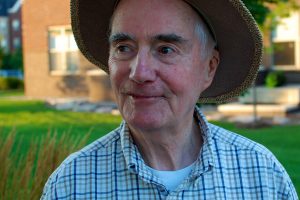 The authors concluded that there was a 24% relative decrease in dementia prevalence, from 11.6% to 8.8%. Socio-economic factors (education, race and wealth) explain much of this change and cardiovascular risk factors are less relevant.

They suggest these findings support the idea that cognitive reserve – the concept that lifelong accumulation, through education, employment or social interaction, of adaptability of cognition and possible associated brain anatomical resilience – may be a ‘potent strategy for the primary prevention of dementia in both high-and low-income countries around the world’.

An essential component of any study examining changing disease rates is that the study design should be fixed so any difference can be attributed to real change. The UK Cognitive Function and Ageing Study, which found declining prevalence rates of similar magnitude (Matthews et al, 2013), did not do so, meaning their results could be affected by this methodological difference. In this study however, the same assessment was used in 2000 and 2012, lending credibility to the main finding of changing dementia prevalence. The validation data (Ofstedal M. et al, 2005) suggests that the assessment process is accurate in 75% of cases so the estimates of prevalence rates are fairly reliable here, but caution would be needed in comparing these to other studies which have used other assessment approaches.

There were differences in participants’ engagement with the study between 2000 and 2012. A lower proportion of assessments were completed by proxy-respondents (family, friends or carers) in 2012 than 2010. As the validation data suggests that self-responses are less accurate than proxy-responses, the 2012 prevalence figures are therefore likely to be less accurate. We can only speculate on the direction of measurement error; it may be that the improved cognitive status of the 2012 cohort allowed more self-responses, or that this reflects the general trend towards less research participation (Galea S. et al, 2006) and that fewer carers of frail and demented people were willing to take part in the survey, which would underestimate 2012 dementia prevalence.

Caution is needed in considering the association with dementia risk factors. One might interpret that dementia rates are decreasing in spite of increasing prevalence of cardiovascular risk factors, i.e. that these factors are not important or even protective. But we cannot deduce this from a cross-sectional study and it is more likely that the greater number of participants who reported having hypertension, diabetes and heart disease had benefitted from these factors being identified and managed more intensively during mid-life. That participants who had experienced a clear cerebrovascular event were at higher risk of dementia suggests that we should not ignore cardiovascular risk. And NICE now advocate managing these conditions during mid-life to prevent dementia (NICE, 2015).

Similarly, we should be cautious in interpreting the reduced prevalence of dementia in obese people: this result is based on cross-sectional data, so is highly prone to reverse-causation. It seems more likely that, during the long dementia prodrome and subsequent illness, weight loss occurs as a result of dementia. 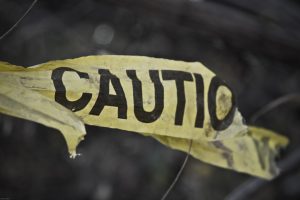 This study adds weight to others suggesting that dementia prevalence rates have reduced in Western countries over the past 20 years. Though the ageing population means that the crude number of people with dementia will still increase, this will be less than previously expected.

Improved education may be the main factor underlying this change, but other factors are also implicated. Lifelong strategies to improve education, reduce economic adversity and enhance physical health may further reduce dementia prevalence rates, but changes in the other direction could lead to rises in dementia rates again, so we should not be complacent. 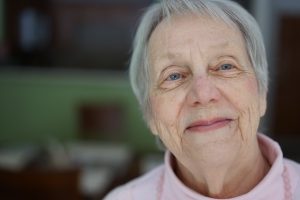 Though the ageing population means that the crude number of people with dementia will still increase, this will be less than previously expected.

I have worked with one of the authors, Eric Larson, on one unrelated (and as yet unpublished) paper.