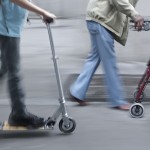 Prescribing anti-dementia drugs to patients could help delay their admission to care homes, according to a new study published in the October issue of The Psychiatrist.

Psychiatrists Dr Emad Salib and Dr Jessica Thompson studied a total of 339 people with dementia, who were referred to psychiatric services in Peasley Cross Hospital in St Helens in 2006.

The remaining 212 patients in the study were not prescribed cholinesterase inhibitors. After four years, the researchers followed up all 339 patients to see if they had been placed in care or remained in their own home.

However, after three years, an equal proportion of patients from both treatment groups had been admitted to care homes. In other words, the delay in admission was relatively short-lived.

Dr Emad Salib, a consultant psychiatrist and lead author of the research, said:

Our study provides some evidence to suggest that prescribing cholinesterase inhibitors is associated with a delay in care home placement in the first 2.5 years of treatment. However, we cannot say whether this association is causal or if it is the result of a number of different factors.

Moving a person to a care home is a significant and distressing event both for the individual and their family, and most carers wish to maintain home care for as long as possible. Any measure that may help to delay institutional care is invaluable, but we must ensure the evidence is robust. That’s why we welcome the recommendation by the National Institute for Health and Clinical Excellence (NICE) for further research in this area.

Salib E and Thompson J. Use of anti-dementia drugs and delayed care home placement: an observational study (PDF). The Psychiatrist 2011; 35: 384-388.