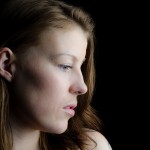 People with bipolar disorder are found to be at greater risk of suicide compared to the general population. Clinicians should be more vigilant for signs of suicidality in this patient group.

Suicide, the taking of one’s own life, sadly is the cause of death for around 5,500 people in the United Kingdom each year. In 2011 1,333 mental health patients (defined as people who had seen a mental health practitioner within the year leading up to their death) completed suicide (Appleby et al, 2013). Efforts by mental health services and charitable organisations such as Samaritans and Breathing Space, and national campaigns such as the Choose Life campaign in Scotland have seen rates falling over the last decade, but are we doing enough to recognise those whose illness puts them at increased risk? A recent systematic literature review published in the journal Bipolar Disorders by Pompili and colleagues investigates studies which have looked at deaths by suicide in patients diagnosed with bipolar disorder (BD). They aimed to look specifically at the epidemiology – the characteristics in terms of age, gender, and so on – of patients with BD who had completed suicide in order to learn whether more could be done to predict and prevent such deaths.

From earlier work it is known that rates of suicide are higher in people with major mood disorders, and can be as high as 1 in 5 (20%). The researchers speculated that the proportion in BD could be higher, but that this had been inconsistently reported depending on the age, gender or severity of illness of these patients.

The authors aimed to identify all studies on this topic doing both a thorough on-line journal database search looking at all papers published on the subject between 1980 – 2011, and examining these papers’ reference lists and contacting experts to identify any other papers published. The search was confined to English-language articles looking only at completed suicide in adult (>18 years) people with a clear diagnosis of BD. Studies were then given a rating as to their quality.

In all 455 records were found, with a further 26 added from other sources. The authors then used a recognised method of Preferred Reporting Items for Systematic Reviews and Meta-analyses (PRISMA) to identify which articles were suitable for inclusion in their review, yielding only 34 studies. The majority of these were of moderate quality, 4 were deemed “good” and 3 “poor.”

Several of the studies were prospective follow up studies, where patients with BD were followed up at intervals over several years and rates and characteristics of those who had died by suicide were collated. Another group of studies were retrospective studies, in which cases where patients with BD had died by suicide were identified and data extracted from case files, and compared to completed suicides in the general population. These types of studies tended to include high numbers of subjects (often many thousands of subjects) with data gathered from several years worth of records. The final group of five studies were psychological autopsy studies, where information about people who had completed suicide was examined to try to establish if they had a diagnosed bipolar illness or active symptoms of abnormal mood (high or low) at the time of their deaths. Pompili and colleagues conclude that although the individual studies had highly variable results, that people with BD are up to 20-30 times more likely to die by suicide than the general population. However it is notable that not all studies examined in the article showed an increased risk, and some found there to be no increased rate for BD patients. Where risk was increased, this was felt to be greatest in the years soon after diagnosis in younger patients. In some study populations deaths from suicide in BD made up one quarter of all suicide deaths.

Individual factors such as male gender, active psychiatric symptoms (especially co-existing anxiety disorder, dysphoria or a mixed affective state), previous history of suicide attempts, recent admission or discharge from a psychiatric hospital and occupational problems were all felt to variably increase risk of death by suicide. It should be noted though, that these are all factors which are likely to increase risk of suicide in the general population as well. Medication factors were noted in several studies, showing that rates were higher in patients who had stopped medication (16x increased risk in one study), abrupt cessation of medication and those who were untreated. One study also showed that Lithium therapy appeared to lower suicide rates more so than Valproate therapy.

The authors summarise the most clinically relevant suicide risk factors in BD as:

Pompili et al do however note that the studies are very diverse in their quality, methods and findings. This makes direct comparisons and pooled conclusions very difficult, and prevented the authors from scrutinising the data from all studies as a whole in a meta-analysis. The variable quality of the articles, and the fact that some had counted completed suicide and suicide attempts together further muddied the waters. As in all suicide research the (fortunately) rare occurrence of suicides means that conclusions are drawn from very small numbers of subjects, making generalisations sometimes difficult.

The authors have done well in bringing together and summarising the current evidence on the subject of suicide deaths on people with BD. The studies identified shed light on a variety of risk factors and protective factors which should help patients, their carers and clinicians to better identify those at increased risk. Further work in raising the awareness of the high risk of suicide in those diagnosed with BD will hopefully lead to more timely interventions that can help prevent some of these deaths in the future.