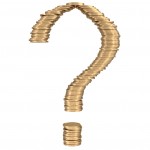 Occasionally my posts include figures for the ‘cost’ of illnesses. The figure is usually something upward of £1 billion for the cost to the UK economy. Sometimes these figures include a monetary valuation of the health burden of the illness, but more often than not they are presented as economic costs and include expenditure on health care, social care, criminal justice and lost productivity. Sometimes, the purpose of these studies is to say “look how much we could potentially save if this illness could be treated effectively”.

Cost of illness studies have faced some criticism, but still have useful applications (Tarricone, 2006). However, it can be unhelpful to present findings from a single study, which is unlikely to be generalisable to an international or even a national level. As with any quantitative research, much can be gained from taking a broad overview of findings using systematic review and ideally meta-analysis.

Bipolar disorder is one illness which is purported to have high economic costs, and here in the woodland I have used a figure of £5 billion cost to the UK (Sampson, 2014). But how does this measure up to the literature as a whole? In light of a new systematic review of cost of illness studies for bipolar disorder, it’s hard to say (Jin & McCrone, 2015). Should more resources be allocated to those illnesses with the greatest economic burden?

The authors sought to review all cost of illness studies carried out for bipolar disorder and (more importantly) identify the methodological issues that influence results. They conducted a broad search of the literature using standard databases such as MEDLINE and EMBASE as well as grey literature. If necessary, the authors converted figures from national costs to average cost per patient.

877 titles and abstracts were reviewed, of which 127 full articles were retrieved and 54 ultimately included in the review. Most studies were carried out in the USA. There was substantial variation in study design, including disease specification, cost perspective, estimation method, epidemiological approach and the range of costs that were included.

The annual societal cost per patient with bipolar disorder (in 2013 prices) ranged from $1,904 to $33,090, with production losses making up 20-94% of the total cost. Studies indicated that factors associated with higher costs might include:

Based on their findings, the authors go on to provide a long list of recommendations for good practice to improve the quality and reporting of cost of illness studies for bipolar disorder. Key suggestions include:

The key purpose of this study is to make recommendations for future research, as the current state of the literature makes the synthesis of results impossible. Methodological choices can have a large impact on cost estimates, and it’s important that future studies report their methods transparently and with good practice recommendations in mind.

Regardless of the total cost figure, the findings imply that savings could potentially be achieved by focusing investment on:

The basis for excluding studies is a little unclear to me; particularly the criteria relating to ‘representativeness’ on which grounds 12 studies were excluded. No details are given of the excluded studies, so it is difficult to be confident that all important studies were included.

Nevertheless, this study successfully demonstrates the inconsistency in cost of illness studies for bipolar disorder. Though the study offers recommendations for improving the quality of future studies, it says little about the quality of existing studies; there is no formal critical assessment. We are therefore left asking the question of which cost of illness studies, if any, should we believe?

Last reply was March 4, 2015
Try out our members features!