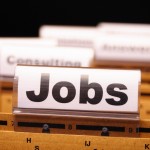 Back in October I blogged about the factors (cognitive deficits, depression and education level) that predict worklessness in people with bipolar disorder.

A new systematic review by Steven Marwaha and colleagues has recently been published in the  Acta Psychiatric Scandinavica journal, which adds to our understanding of this field.

The review looks at the long-term employment outcomes of people with bipolar disorder and concludes that early intervention may help to reduce the levels of long-term unemployment in this population.

Three specific questions were posed by the review authors:

The reviewers searched Medline, PsychInfo and Web of Science, but did not hand-search journals or include non-English studies. The research they found did not generally set out to examine employment outcome, so the data collected for this review usually came from research that examined functional recovery more broadly.

Twenty-five studies were included in the final analysis, including a total of 4,892 people with bipolar disorder. Seventeen of the included studies followed people up for 4 years and the other eight studies had a follow-up of 5-15 years. Most papers were longitudinal naturalistic outcome studies that had been published in the last 20 years.

On the whole, the included studies did not measure absolute employment rates. Instead they used a variety of questionnaires to measure work functioning, which meant that the comparison of results across different studies was troublesome.

Few European studies were available, with the vast majority of research found in US populations.

Are employment prospects reduced for older people with bipolar disorder?

The reviewers noted a noticeable lack of research that focused specifically on the long-term course of bipolar disorder and the impact that the illness has on employment.

Bipolar disorder damages employment outcome in the longer term, but up to 60% of people may be in employment. Whilst further studies are necessary, the current evidence provides support for extending the early intervention paradigm to bipolar disorder.

Frustratingly, the data needed to explore this area in more detail may exist, but may simply have not been published. Large epidemiological follow-up studies already completed or currently ongoing will help contribute to this field.

Of course, it would also be good to see more studies of European populations, that examine different job roles and different subgroups of patients with bipolar disorder (e.g. early or later in the course of the illness, manic or depressed) to teach us more about how best to support individuals to stay in work.