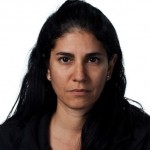 We know that it can take many years for people with bipolar disorder to be accurately diagnosed, following an initial episode of mental illness.

This cohort study carried out by researchers from Denmark, the US and Wales, set out to study to what extent psychiatric disorders with postpartum onset (following childbirth) are early manifestations of an underlying bipolar affective disorder.

The study involved 120,378 women with a mental health disorder (excluding bipolar disorder) and a first-time psychiatric inpatient or outpatient experience.

The participants were followed up after discharge from hospital and the outcome of interest was a first-time diagnosis of bipolar affective disorder during the follow-up period.

A psychiatric episode in the immediate postpartum period significantly predicted conversion to bipolar affective disorder during the follow-up period. Results indicate that the presentation of mental illness in the early postpartum period is a marker of possible underlying bipolarity.

Last reply was January 4, 2012
Try out our members features!