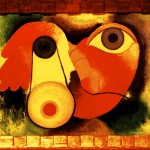 Conflict of Interest: I must state that I am a long-time colleague of John Geddes and his group at Oxford, having been an investigator in the BALANCE trial and one of the authors of its main publication. In addition I have been a paid advisor to Sunovion, whose drug lurasidone is an approved treatment in the US for bipolar depression.

Amongst people with bipolar disorder, depression seems to be the predominant mood problem (much more than mania or hypomania) and there aren’t many effective treatments for it (Judd LL, et al, 2002).

Most of the treatments with established efficacy for bipolar depression (quetiapine, lurasidone, and olanzapine combined with fluoxetine) benefit from a typically rapid onset of action (for those who do respond to them) but are burdened by their side effects.

Lamotrigine, relatively speaking, has few intolerable side effects, but as monotherapy is of limited benefit in the short term and must be increased to a therapeutic dosage very slowly because its risk of inducing a life-threatening rash (Geddes JR, et al, 2009).

John Geddes and his colleagues at Oxford and at 27 sites across the UK sought to ask two simple, clinically relevant questions: 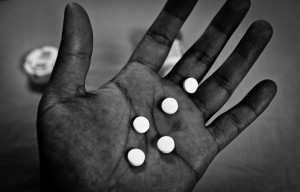 Adults (aged 16 or older) with bipolar I or II disorder at 27 sites across the UK who were in a depressive episode entered a run-in phase of 7-14 days during which they were begun on quetiapine with a target dose of 300 mg. Those who were able to tolerate at least 150 mg of quetiapine for at least three days with good adherence (and for whom there was uncertainty about whether lamotrigine plus quetiapine would be preferable to quetiapine monotherapy) were randomised to lamotrigine or placebo titrated to 200 mg/day (100 mg/day with concurrent valproate and 400 mg/day with concurrent combined oral contraceptives) and additionally to 500 μg/day or placebo of folic acid.

The primary outcome was improvement of depressive symptoms as measured by the Quick Inventory of Depressive Symptomatology—self report version (QIDS-SR16) at 12 weeks, with additional analyses at 22 and 52 weeks.

Patients with bipolar disorder are typically treated with multiple drugs, but trial investigators were asked to taper and discontinue any drugs used to treat mood symptoms prior to the start of the run-in phase, but subjects who for clinical reasons were not able to discontinue all their treatment were still allowed to participate, with the instruction that the doses of those medications were to remain stable during trial participation.

Notably, all the measures were self-reported by trial participants rather than by trained raters. During the trial, manic symptoms were assessed with the Altman Self Rating Mania Scale (ASRM). Quality of life was measured at baseline and at 12 weeks and 52 weeks with the EuroQol EQ-5D-3L.

202 participants were randomised, 101 to lamotrigine and 101 to placebo. Of the 266 participants who entered the run-in phase of the study, 19 (7%) were unable to progress to randomisation due to adverse effects or inability to tolerate quetiapine. Three-quarters of the sample had bipolar I disorder. The modal dose of quetiapine was 300 mg, but approximately one-third of the subjects were on less than 300 mg.

Folic acid added no benefit for the 150 subjects who were randomised to it: there was no difference between folic acid or placebo at 12, 22, or 52 weeks. Quality of life improved for all groups over the trial period. 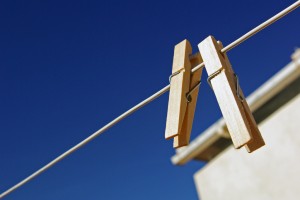 This RCT suggests that adding lamotrigine to quetiapine will improve outcomes for people with bipolar depression. 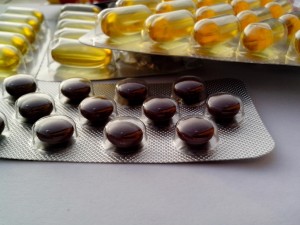 The results suggest that folic acid supplementation may interfere with the therapeutic action of lamotrigine.

The interpretation of both the primary and secondary outcomes for this study should be taken cautiously. The authors are satisfied that lamotrigine plus quetiapine improves depression scores and remission rates at 12 and 52 weeks of treatment, yet the primary outcome measure is not statistically significant. It can be reasonably argued from a methodological perspective that the only outcome that is definitive in a clinical trial is the predetermined primary outcome – and if it is negative, the study is negative; all other outcomes are exploratory in nature.

Clinicians will probably not be satisfied with that point of view, and might want to glean something useful for their patients from a study like this, especially one in which many of the outcomes point in the direction of a finding a benefit for lamotrigine. If that is the case, there’s nothing in this study to suggest that one shouldn’t prescribe lamotrigine in such a way; in any case, lamotrigine does appear to prevent recurrence of depression, so prescribing it from the start may actually be prudent (Goodwin GM, et al, 2004).

The notion that folate may be inhibiting the antidepressants effects of lamotrigine is perhaps something to take with even more caution: it is not at all clear that this is due to anything but chance. It is an exploratory analysis undertaken post hoc, so cannot be used to say that lamotrigine is beneficial in the absence of folic acid (good luck trying that in the United States – practically everything one eats here is fortified with it!), and certainly should not be used to suggest (as the authors do in their paper) that lamotrigine not be prescribed to people who require folic acid supplementation.

Ultimately this study shows what most of the other acute studies of lamotrigine for bipolar depression have shown: that it may have some acute antidepressant effects but one probably shouldn’t rely on it for that (Geddes JR, et al, 2009; Van der Loos MLM, et al, 2009). Still, there are arguments for its use (and few against it), so go your own intrepid way.