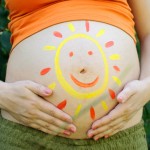 The risks of congenital malformations and impact of cognitive development after foetal exposure to anti-epileptic drugs has been known for some time.

Sodium valproate is a frequently used drug for epilepsy and other disorders (including bipolar disorder and migraine). The researchers aimed to examine the link between foetal exposure and subsequent development of autism.

This was a population based study.  The sample included all children (655,615 in total) born in Denmark from 1996 to 2006. Foetal exposure was identified through the use of National prescription registers. Cox regression analysis with adjustment for a number of confounders including maternal/paternal age & psychiatric histories, birth weight & age, sex, malformations and parity was used. Maternal use of valproate during pregnancy…significantly increased the risk of autism spectrum disorder and childhood autism in offspring… These findings must be balanced against the treatment benefits for women who require valproate for epilepsy control.

However, the absolute risk of autism spectrum disorder was less than 5%, which is important to take into account when counselling women about the use of valproate in pregnancy. Anti-epileptic drugs can influence the effectiveness of contraceptive drugs

These results of this study are consistent with other findings (although slightly lower). The risks appeared higher in the first trimester, although dose did not appear to be a key factor. This reinforces the importance of providing education and contraception advice to women of child bearing age taking anti-epileptic drugs before pregnancy. It is important to note that anti-epileptic drugs can influence the effectiveness of contraceptive drugs so medical advice should always be sort.

There are a number of registers worldwide which are collecting outcome data on pregnancy and epilepsy, such as the UK Epilepsy and Pregnancy register.

This paper is fairly difficult to read understand due to the volume of statistical data. Fortunately, a short video interview with the lead author (Dr Jakob Christensen) can be found on the JAMA Network website.

JAMA Editorial on this research.