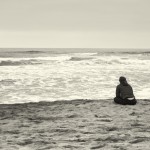 Suicidal thoughts and actions are typically discussed in relation to depression, but a number of studies have suggested suicide may also be linked to anxiety disorders. Anxiety disorders often co-occur with depression, and this may be masking a risk of suicide specifically related to anxiety. Today is World Suicide Prevention Day so it seemed relevant to discuss a recent systematic review and meta-analysis of studies which assessed suicide behaviours in anxiety patients.

The analysis included controlled studies of patients with anxiety disorders that had recorded suicidal behaviours. Studies involving patients with co-occuring depression were excluded, unless depression had been controlled for in analysis. This exclusion was important to try to prevent the relationship between suicide and depression confounding the results.

The outcomes of interest were suicidal ideation, suicide attempt, suicide completion, and a composite variable of any suicidal behaviours. Effect sizes were extracted or calculated from individual studies, then combined in a random effects model to create a pooled odds ratio (OR).

There were 42 studies included in the analysis, totalling 309,974 patients and with a median study sample size of 1689. Compared to those without anxiety, patients with anxiety disorder were more likely to have suicidal ideations, attempted suicides and completed suicides.

No sex differences were found.

Statistical assessment of heterogeneity suggested considerable heterogeneity between studies, and there was evidence to suggest publication bias may be present.

The findings from this meta-analysis suggest that patients with anxiety disorders (other than OCD) are more likely to have completed suicides, suicidal attempts, suicidal ideations, and any type of suicidal behaviors.

Diverse study designs, patient characteristics, and potential confounding variables make the interpretation of aggregated estimates challenging, and causality could not be inferred. Additionally, it limits the relevance and reliability of the results. “The quality of this evidence is considered low to moderate due to heterogeneity and methodological limitations.”

There was a considerably wide range of patient characteristics across studies (e.g. one study sampled 5 year old children, while other samples ranged up to 90 years old). Sadly the paper does not display results of the individual studies which would have aided interpretation of this heterogeneity.

Many of the included studies did not control for any potentially confounding variables, and the paper gives no details of which variables were accounted for by the others. While we do know that a current diagnosis of depression was controlled for, anxiety disorders are associated with a large number of other mental and physical health issues which also impact on suicide risk, and these may be contributing to the current findings.

As a result of these limitations the authors state:

The quality of this evidence is considered low to moderate due to heterogeneity and methodological limitations.

Despite its limitations this study highlights a potentially important finding that patients, including children, with anxiety disorders (other than OCD) had a higher likelihood of suicidal thoughts and behaviours. This higher likelihood was seen despite controlling for current depression, highlighting the importance of clinicians considering suicidal risk when working with anxiety patients who do not necessarily also have a diagnosis of depression.

The Samaritans provide confidential emotional support for people who are experiencing feelings of distress, despair or suicidal thoughts.