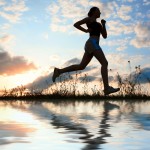 Anxiety disorders are identified by NICE clinical guidelines as a common mental health issue. The term refers to a range of disorders including generalised anxiety disorder, panic disorder, post-traumatic stress disorder (PTSD), obsessive-compulsive disorder (OCD), and social anxiety disorder. The typical treatment plan consists of medication and/or psychotherapy, however NICE acknowledges that access to psychological interventions is still limited, despite patient preference often being towards these non-pharmacological treatments.

The authors of this new study therefore conducted a systematic review of the evidence surrounding the effect of exercise as a treatment for anxiety disorder. The authors were interested in randomised control trials (RCTs) in which exercise was used as an intervention for anxiety disorder. They conducted an extensive database and journal search, and also referred to bibliographies of included studies and related review articles, to identify relevant RCTs. Papers identified from the initial search were then assessed by 2 researchers according to relevance to topic and study design.

Data were then extracted from the selected papers, and effect sizes recorded or calculated (for some studies, but not others, these effect sizes are reported). The quality of included studies was assessed using Cochrane Collaboration rating systems.

They identified 8 studies that were both relevant to the topic and appropriately controlled trials. Oddly one article is described as still ‘awaiting assessment’ but no explanation is given as to why. Considering only a handful of studies were identified for the review it seems a shame this study was not assessed as it may have been relevant! Strengths of the review

As the authors highlight, the strengths of this review include the extensive search for relevant literature and the systematic appraisal of research quality of included studies.

Limitations of the review

Research to date is limited. There is considerable variation across studies in the treatments studied and the specific anxiety diagnoses included in the sample. No meta-analysis could be conducted due to this heterogeneity, and as the authors note no assessment of publication bias could be conducted. As the authors also highlight, many of the studies had methodological issues and relatively short duration of follow-up. Unfortunately reporting of results in the review is often unclear and details about individual studies are limited.

It seems that exercise shows a treatment effect beyond the placebo effect. Although it appears that the antianxiety effects of exercise are lesser than antidepressants for clinical anxiety disorders, it can still be beneficial as an adjunctive treatment. However I think we need to be cautious with these conclusions. The comparison to placebo is based on just one study finding. Additionally there were only two studies including exercise as a stand-alone treatment, and these found contradictory results. Other trials assessed exercise combined with other interventions, so conclusions cannot be drawn regarding the unique effect of exercise from these studies. Consequently the authors’ conclusion that exercise “can still be beneficial as an adjunctive treatment” has not actually been tested in the studies discussed. Meanwhile antidepressants and CBT have a large evidence base for treatment of anxiety disorders, and indeed as the authors conclude antidepressants led to a greater improvement in anxiety symptoms when compared to exercise in one of the studies reported here.

Better controlled trials with appropriate control comparisons are needed. As it stands there is not enough evidence to suggest exercise has a treatment effect on symptoms of anxiety disorder.

However, while the evidence for a treatment effect of exercise in anxiety disorders is currently lacking, us woodland elves still love to keep active! Exercise is good for your physical health and mental wellbeing. Keeping active is a great way to keep a healthy heart and mind!