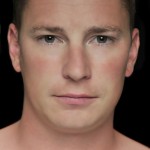 Adults with a more severe learning disability also have a greater likelihood of having autism according to a new report published by the NHS Information Centre.

The report combines data from the Adult Psychiatric Morbidity Survey (APMS) 2007 with findings from a new study based on a sample of people with learning disabilities living in private households and communal care establishments. It aims to:

The report estimates that the prevalence of autism:

While is it is important to note that these estimates are based on a study of only three areas of the country, they offer a new insight into the prevalence of autism among people with learning disabilities.

This information will be of particular importance for those who plan and provide services to support those with learning disabilities or with autism.

Last reply was March 6, 2012
Try out our members features!