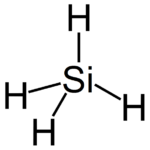 The aim of this article is to evaluate the influence of an adhesive layer application on the bond strength of etched and silanized glass ceramics to resin-based materials.

Searches were conducted in the PubMed, Scopus and ISI Web of Sciences databases, no language or date restrictions were applied. Two reviewers independently analysed and selected studies, abstracted data and assessed study quality with a risk bias scoring system.

Two meta-analyses were carried out where mean difference (MD) was applied for studies reporting their outcome with the same method while a random-effect model was used when studies were non-functionally equivalent. Results were presented using MD with a 95% confidence interval (95% CI).

The authors have searched 3 major databases with no restriction on languages and aimed to follow the PRISMA and PICOS guidelines. A total of 530 specimens were included among 14 in vitro studies to carry out the quantitative analysis. Unfortunately, the studies show a majority of studies with a medium risk of bias with only two studies with low risk of bias. The medium to high level of heterogeneity of the two meta-analyses shows limitations in comparing the selected in-vitro studies and therefore could have impact the results of this review.

The authors emphasize the fact that adhesive restoration must remain successful over time and therefore the need studies assessing the durability of these restoration over. Only 5 studies included in the meta-analyses subjected specimens to long-term aging conditions. Further research with standardised in-vitro studies including long term aging conditions are necessary to confirm the current findings. Furthermore, and as mentioned in their conclusion, the authors highlight the need to evaluate the influence of an adhesive layer application under clinical conditions.