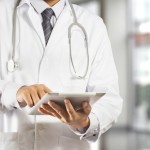 The report summarises other reports and reviews looking at the impact of changing organisational structures in primary care and the contributing roles of information technology and professional training. Both national and international reports were included and the authors list the sources of reports they looked into and which reports came from which sources.

The idea of needing to do more with less is not new to NHS practitioners but there is real concern about the burden being experienced by primary care providers in terms of sheer numbers of patients and politically-driven expectations of delivery rates and standards, whilst the numbers of GPs planning to leave the profession is rising (Dayan, Arora, Rosen & Curry, 2014) and the numbers of newly qualified doctors opting to become GPs is relatively much lower than those opting to work as specialists in secondary care (Primary Care Workforce Commission, 2015).

The initial part of this report creates a context for the need for primary care services to adapt. Although this is only a brief report, the authors seem to have used a very narrow set of data, focusing on GP survey data; there is plentiful data in the field that clearly demonstrates the increasing pressures being placed on general practitioners services that might have better set the scene. This can be one of the shortcomings for reports that are commissioned rather than generated as a scientific endeavour by academic teams.

The authors summarise a systematic review of studies examining the impact on primary care of introducing physician associates into general practice, to manage the more clerical aspects of a GP’s work. This is not a role that British healthcare providers offer at this point in time (although other papers in the report suggest that it might become a role we are going to become more familiar with in short order), and so immediately we have to question the applicability of this review to the question at hand, particularly as 46 of the 49 papers in the systematic review were written in the USA, where the healthcare model is very different to the UK model. Whilst there might be some broader points about the potential for an increased skill mix in primary care to help to manage patient needs, it would be very difficult to assess how transferable such points are without looking at the review itself. The report also presents reviews suggesting that nurses in primary care could alleviate GP workload whilst maintaining patient satisfaction, whereas evidence for adding pharmacists into general practice appears more equivocal. 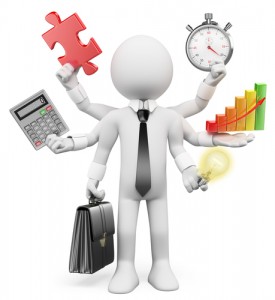 The authors move on to look at collaborative working models and they take care to place the logic of some of the suggested ways of working in practical contexts. For example, they suggest that micro-team working formats, where overlapping working is encouraged, will help services, where many staff work part-time, to still provide continuous care. They also present findings that flag up the importance for commissioners in looking carefully at outcomes to see if collaborative working is really helping to reduce the primary care workload. A study looking at transferring people with self-limiting conditions to pharmacy-based care initially looked to have promising results, for example, with a significant shift in workload from the GPs to the pharmacies, but the authors found that the number of GP appointments overall remained the same before, during and after the trial.

A helpful point is made by the authors in identifying the potential barriers to reducing GP workload by changing the skill mix of the practice staff, which are the gatekeeping role played by GPs for patients looking to access secondary care, and the responsibility GPs have for their patient lists. These responsibilities will still be shouldered by GPs and delegating any work to others, particularly to new staff, may be quite a challenge for GPs wishing to safeguard their patients and themselves.

The review ends with a section on how information technology and workforce training can improve the transition into new ways of working. The authors themselves acknowledge that they have only looked at a limited range of information and this narrow selection seems to have been tailored to fit the assumption that IT and training will aid transformation, rather than the authors looking at all sources and then assessing whether these factors are on the whole helpful or not. The role of technology is much more complicated, logistically, financially and emotionally, than the authors seem to suggest, and simply reporting that other countries have put in e-health systems that have increased the numbers of patient contacts does not tell us anything about quality of care or patient acceptability, never-mind the process of implementation or sustainability.

Finally, the section on workforce development is largely based on the GP Taskforce 2014 review which, whilst being a useful source of data, is not free from opinions, some of which seem to be taken more as facts than viewpoints. The authors of the RAND report state, “The GP Taskforce highlights that there needs to be a reduction in the number of hospital speciality entry training opportunities if the number of general practice trainees is to be increased” (p. 34), which assumes that this forced choice mechanism would be the only way to encourage trainees to ‘pick’ general practice – an assumption the authors here do not contest. 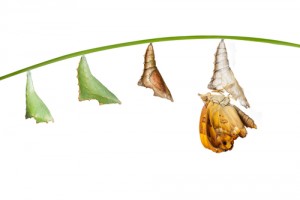 The style of the review paper is highly readable and accessible. There is consistent linkage to NHS policy documents throughout, which will presumably be useful for commissioners and managers. However, one of the challenges in this report is keeping track of where statements reflect the views of the authors versus those obtained from the reports being reviewed.

The authors included review papers too, which then takes us into the unstable ground of ‘review of a review of several studies’; as a scientist, at this point, I feel inclined to seek out the initial review and to make my own summary.

I was surprised that the integration of health and social care was placed in its own subsection; this would seem like an overarching context for the whole report, given its underpinning in the Better Care Fund and the Five Year Forward View.

Each section ends with a text box highlighting barriers and facilitators to change, but rather than providing practical suggestions, the authors tend to report the vague advice given elsewhere. It would have been helpful to hear what the authors themselves had taken from their review work and how they might see this being operationalised in healthcare settings.

There are teasing hints of what could have been helpful pieces of insight into healthcare systems abroad, such as the example of GP networks in Italian primary care; unfortunately these international comparisons seem opportunistic rather than systematically researched, so these pieces of insight remain little more than that. In the Italian example, there is no evaluation of their system, only details about how it is structured, so whether the ‘forme associative’ is worth replicating here or not is unclear. The other international comparison made is with New Zealand, and the authors state, “of greater relevance to the UK has been the formation of ‘independent practitioner associations’ in New Zealand” (p.26), after which they tell us some broad information about the systems, but nothing about why this is so pertinent to the UK or how well it works in New Zealand. International comparisons might have been better tackled in a separate review paper, leaving more space for the authors to really probe UK reviews and perhaps some empirical research papers.

In their concluding discussion, the authors do identify the limitations of their work, but in itself this is not helpful, as the limitations are such that they rather raise the question of the utility of this report altogether. The concern with such reports is that, for busy commissioners or those not in a position to read in-depth and with scrutiny, there is a danger that what is reported is taken as being based on ‘science’ and is applied as such. This is not the fault of the authors but it is a peril of the system of high-level requests for summary reviews that end up being widely distributed. 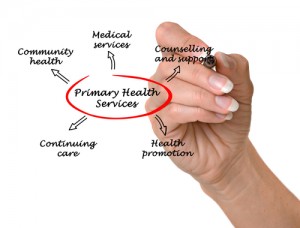