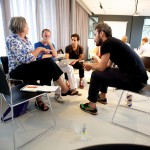 The Health Foundation is a fairly large research charity with diverse interests across healthcare, including commissioning. Need to Nurture appears to be an in-house piece of research and is based on a rapid literature review and some unspecified interviews with policy and NHS development roles; conceptual research tends to have a more solid theoretical base than this, so although some of the discussion is interesting, it feels rather lightweight, more like a blog post than a financially-supported research paper.

What’s in a name?

Whilst the authors identify the problems with the misleading name, they don’t acknowledge how off-putting such a name probably is to NHS staff, tired of feeling on an endless treadmill of hitting targets. I would plump for ‘strategic commissioning’ or ‘commissioning for populations’; at least no one can question my clarity. 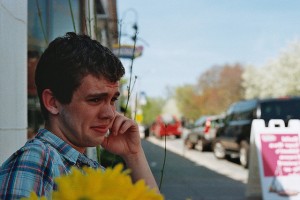 Whilst the authors identify the problems with the misleading name, they don’t acknowledge how off-putting such a name probably is to NHS staff

One can see a substantial problem in operationalising this approach to commissioning, which is that the NHS isn’t really organised as one big system. The progressive divisions of departments and functions under the implementation of the commissioner and provider model of the last twenty years makes it incredibly difficult to commission any service that isn’t relatively self-contained and function-specific. Indeed, the only UK example of outcomes-based commissioning offered in the article is one of a self-contained treatment path with only one provider and one budget; hardly reflective of the suggested task at hand.

The report acknowledges that the model of outcomes-based commissioning is one that makes sense in theory but currently lacks evidence from practice, and many ‘in theory’ ideas fail to take root in real world settings. In the UK NHS setting, the implementation process may need to involve substantial cultural shift. This would depend on commissioners (and providers) being willing to change, and for everyone across the whole healthcare system in question getting on board. The authors quote one CCG officer’s expression of almost fatalism – that there is no choice in the matter of now approaching commissioning in the outcomes-based model. This is just one quote, but perhaps its resonance to readers is telling in its indication of the willingness to embrace culture change. 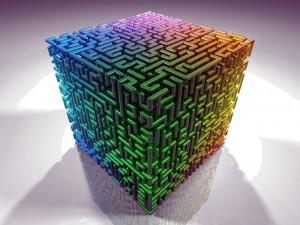 One can see a substantial problem in operationalising this approach to commissioning, which is that the NHS isn’t really organised as one big system.

Comparisons to US health systems are inherently problematic and although Accountable Care Organisations have worked well in the USA, it is hard to see how to introduce an incentive around boosting payments for increased financial efficiency does not become self-defeating (is those that spend less, end up being given more money).

The main positive examples in the report come from Spain and the USA. Alberto de Rosa, the head of Ribera Salud (La Ribera is a hospital in Alzira, just outside of Valencia), presented the ‘Alzira’ model to NHS England last year, when he modestly revealed almost none of their patients had any awareness of the ‘Alzira’ model, which he felt was in some ways a good sign: “The citizen is not concerned about WHO manages the hospital, but HOW it is managed.” The NHS Confederation were interested enough to visit Alzira themselves and scope out the transferability of the model to the UK. More detail about the approach can be found in a report published by The King’s Fund but some of the key elements are worth flagging up as likely challenges for an NHS commissioner. Utter the words, “joined-up IT system” in a CCG meeting and, well, you can imagine the reaction. There is also considerable difference between coordinating departments within a hospital and coordinating multiple health and social care services in independent settings.

Implementing the Alzira model or ACO style care in the UK would require a wholescale change in the commissioning cycle, which the Need To Nurture report provides diagrammatically. The main challenge in operationalising the change would be to shift to an implementation model based as much on social interaction as contractual or technical enforcement. Commissioners would need to be skilled in working in this way, and would need to be given the time and the resources to feel comfortable with a new approach. At the same time, they would need to have the commissioning experience to set up IT systems, develop market forces and create outcomes-based payment schemes across an entire healthcare system. And then, assuming that all part of the system are not being offered by the same provider, there would be a massive leap of faith in pressing GO that every provider in the system meets the expected standards.

Successful implementation is more than just finding a working intervention and grafting it on to an existing system. Think about transplant surgery: sometimes the host doesn’t take the new organ, despite the benefit it could give the person. And like transplant surgery, putting the outcomes-based commissioning model into action is (relatively speaking) a binary decision; by its very nature, it is not a piecemeal or incremental system.

So how does the Need To Nurture report advise commissioners to proceed? There is the general logical argument about needing to move towards more coordinated services and the value of targeting population rather than only acute health goals. There is a highly pertinent point about feeding back and learning from other NHS-based experiences of implementation, and the suggestion is made of developing a learning network around the vanguards activity currently taking place in the NHS. But the report acknowledges that outcomes-based commissioning, “is fragile, risky, and has the potential to fail,” and has to be viewed as an experiment. Twenty five local projects are given in the appendix as examples of brave commissioners willing to take on the risk; but to my mind the support in Need To Nurture would not encourage me to forge onwards at this point. 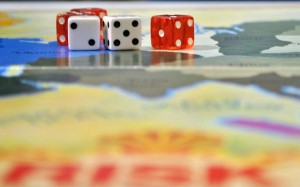 Outcomes-based commissioning, “is fragile, risky, and has the potential to fail,” and has to be viewed as an experiment

Last reply was January 15, 2017
Try out our members features!