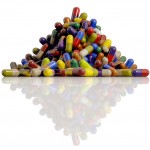 There continues to be a considerable amount of debate about the amount of psychiatric medication that is prescribed and how much it costs. Statistics from a number of countries have shown that many classes of drugs are being prescribed more and more, including antidepressants, antipsychotics and stimulants.

Of course, as populations grow, people live longer and drug technologies improve, you would expect prescriptions to increase year on year. The question on many peoples’ lips is whether we are ‘medicalising’ conditions and treating people with drugs when other approaches might be more beneficial.

The costs of newer drugs are also a major issue with wider usage of the more expensive antipsychotics causing mental health to take a bigger slice of the budget than it has done in previous years.

Added to this is the increasing trend for ‘off label’ prescriptions, where psychiatric drugs are given to patients for conditions for which they don’t have regulatory approval. For example, research is emerging in the US which shows that antidepressants are frequently given to patients who have not been diagnosed with a mental health problem (Olfson et al).

This new study published in the British Journal of Psychiatry examines trends in prescribing of all the major classes of drugs prescribed for mental disorders in England between 1998 and 2010, based on data on community-issued prescriptions collected in the annual Prescription Cost Analysis survey. The authors have conducted a regression analysis to compare trends for the different classes of drugs.

Rising prescriptions may be partly explained by longer-term treatment and increasing population. Nevertheless, it appears that psychiatric drugs make an increasing contribution to total prescription drug costs, with antipsychotics becoming the most costly. Low-dose prescribing of some antipsychotics is consistent with other evidence that their use may not be restricted to those with severe mental illness.