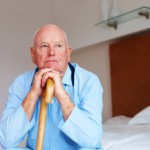 This cohort study conducted by the Intensive Medicines Monitoring Programme (IMMP) in New Zealand, set out to determine more accurately the rates of nocturnal enuresis in patients on clozapine and other atypical antipsychotics (olanzapine, quetiapine and risperidone).

Prescription data for clozapine, olanzapine, risperidone and quetiapine were returned from pharmacies throughout New Zealand directly to the IMMP. The study cohort was established from dispensing data from one urban district (Dunedin) in order to facilitate the intensive follow-up required.

Between August and November 2004, 979 patients were prescribed clozapine, olanzapine, risperidone or quetiapine, of which 881 had identifying information, including date of birth available. There were 612 patients aged 15–64 years, six of whom were excluded, and therefore the total study cohort consisted of 606 patients.

Overall, 52 patients reported bed-wetting while taking an antipsychotic, of which 11 were assessed as having nocturnal incontinence which pre-dated the antipsychotic and were excluded from further analyses.

Nocturnal enuresis was reported by:

Compared with clozapine (odds ratios adjusted for age, gender and duration of treatment), the risk of nocturnal enuresis was significantly lower in patients taking:

The researchers conclude from these findings that approximately 1 in 5 patients prescribed clozapine experienced bed-wetting, which was statistically significantly higher than the rate of in patients taking olanzapine, quetiapine or risperidone.