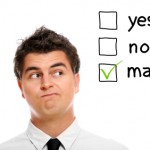 The NHS Information Centre has published a report that presents the findings of a survey of attitudes towards mental illness among adults in England undertaken in 2011.

The report highlighted some significant changes over time. Some key changes include:

In addition, other results for 2011 include:

Last reply was November 2, 2011
Try out our members features!