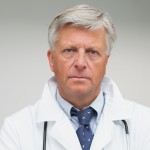 Imagine the following scenario: you have been feeling really down for quite a while and think the time has come to get some help. You book an appointment with your doctor and tell her how you’re feeling. She doesn’t make eye contact, she thrusts a leaflet and a prescription at you and tells you to come back in a couple of months.

Or this one: you pop along to your local doctor’s surgery because you are concerned about stomach pain that you are experiencing every time you eat. Instead of examining you thoroughly and perhaps referring you on for further investigation, your doctor sighs, asks if you would like to increase the dosage of your antidepressant and wonders if you would like to talk to someone about your health anxieties.

Odd, right? Not so for those who suffer from – or who have previously suffered from – mental health issues. Welcome to the reality of stigma. According to the Opening Minds interim report, commissioned by the Mental Health Commission of Canada, some of the most deeply felt mental health stigma comes from front line health care professionals.  Discrimination is often unintentional but can include negativity about a patient’s chance of recovery and misattribution of unrelated complaints to a patient’s mental illness.

As a result – unsurprisingly – many people who would benefit from mental health services opt not to pursue them or fail to fully participate once they have begun. We’ve all heard the statistic: approximately 1 in 4 people have a mental health problem. Yet, in Europe and the USA, up to 75% people with mental health disorders do not receive treatment; delaying or avoiding formal care is associated with poor outcomes, especially for those with psychosis, bipolar disorder or major depression or anxiety disorders.

As underlined just last week by Clement et al.’s systematic review of quantitative and qualitative studies, stigma associated with mental illness is an important factor in the reluctance to seek help for psychiatric distress, with ethnic minorities, youth, men and those in military and health professions disproportionately deterred by concern about how they will be perceived if they seek help.

Unfortunately, this isn’t exactly new news. Previous Mental Elf blog posts have tackled this subject and despite the fact that we know more than ever before about the lived experience of mental illness and relatively open discussion about mental health issues is firmly part of our public discourse, stigma towards people with mental illness still exists amongst the general public and, crucially, seems to be particularly entrenched in medical professionals.  Such discrimination affects both those seeking help for psychological distress and those with a history of mental health issues who are seeking medical support for somatic problems, and is identified as being a major barrier to quality care, treatment and recovery.

Living with stigma is worse than the illness itself

Following an extensive, national review of mental health and addiction services in Canada, the newly-formed Commission was tasked in 2007 with the somewhat onerous responsibility of “improving mental health systems and changing the attitudes and behaviours of Canadians with respect to mental health issues”. One of their key aims was to focus on the effect of stigma, a complex social process and series of behaviours which results in the unfair and inequitable treatment of people with mental illness and their family members.

The Commission’s overarching goal from the outset was to effect measurable, tangible change rather than achieve media noise. Social media campaigns, both in Canada and internationally, often lead to increased public discourse, but this increase is often short-lived, extremely expensive, and delivers vague results for people with mental illness. Instead, the onus was on the co-development and evaluation of gold-standard anti-stigma resources.

The November 2013 report lays out the findings of the Commission’s anti-stigma initiative and makes for sobering reading. The authors embarked on a series of evaluation projects of anti-stigma programmes aimed at one of three target groups (youth aged 12-18, health care providers and the workforce), with the aim of identifying, documenting and disseminating current best practice, then co-creating resources and toolkits that could be made available on a national level.

The researchers developed measures to assess people’s attitudinal and behavioural intentions towards people with a mental illness before and after exposure to the anti-stigma intervention. In some cases, people were tested a few months later to determine if change has been sustained. Reduction of stigma in the target groups: key facts and findings Many workers choose to go untreated rather than risk being labelled as “unreliable, unproductive and untrustworthy”

It is important to bear in mind that the findings reported here are from an interim report and, as such, many of the findings are based on preliminary data which is yet to be fully analysed. Nonetheless, the Opening Minds report has unequivocally demonstrated the importance of tailored, contact-based education to the development of anti-stigma strategies.  Stigma takes many forms and therefore necessitates a flexible and responsive approach to better encourage and enable people with mental illness to access and commit to treatment.

If you don’t have time to read the 50 page report, you might like to watch the 4 minute long video summary:

Healthtalkonline is an award-winning website which features  information on a range of illnesses and other health-related issues based on seeing and hearing people’s real life experiences. Healthtalkonline have produced a collection of video, text and audio examples of what it is like to experience mental health stigma.