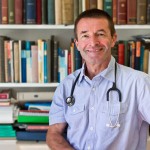 Behaviour within an intimate relationship which causes psychological, physical or sexual harm to either party is known as intimate partner violence (IPV). This violence is perpetrated by both men and women, but significant injuries are more commonly sustained by women. Consequently, IPV is a major public health concern as it contributes majorly to mortality in women of child-bearing age.

Given that IPV is a concern, it is important to try to improve the situations of women in a harmful relationship. GPs are often the first professional that women may approach following IPV so these doctors are in a strong position to offer help. In particular, professionals in primary care may be able to identify women (through screening) who have suffered IPV, and so offer help earlier. However, there is little existing evidence to guide what help should be provided to women; the few studies that have been conducted suggest that existing interventions have little effect, especially for women identified through screening.

A new RCT published in the Lancet (Hegarty et al, 2013) aimed to investigate the effects of counselling on women who have screened positive for IPV, in order to provide more evidence on possible interventions and whether screening is worthwhile in the case of IPV. The GP intervention consisted of counselling and active listening

GPs were recruited first for the study, with one GP each being invited from a list of practices. To be included in the study, GPs had to practice for more than 3 hours per week and not have too many non-English speaking patients.

Once GPs were selected, women aged 16-50 who had seen the doctors within the last 12 months were sent a questionnaire, including an IPV screening item. If a woman screened positive for IPV and spoke good English, she was sent an invitation to take part in the study and a survey.

This survey measured several possible outcomes related to IPV, including depression or a number of safety planning behaviours.

The survey was returned by a total of 272 women. Their GPs (52 in total) were then allocated to either control or intervention groups.

Both control and intervention GPs received an IPV education pack. In addition, the intervention consisted of the GP being trained to provide some counselling and developing such skills as active listening. Women under intervention GPs were invited by their doctor to 1-6 counselling sessions within a 6 month period, with the number of sessions offered dependent on the needs of the woman.

The survey sent out to all the women at the start of the study was re-sent after this 6 months had passed, and again at 12 months, to see the effects of the intervention on IPV-related outcomes.

Even though take-up was low, there were some differences between the control and intervention women at 6 and 12 months, which were not present at baseline: Women in the intervention group reported greater numbers of enquiries from their doctors about their own, and their children’s safety

Family doctors should be trained to ask about safety of women and children and provide counselling…as counselling reduced depressive symptoms.

The authors also found no support for the use of postal screening for IPV, as women in the study did not seem to take up the intervention unless they felt it was needed. There are some possible limitations of the paper: