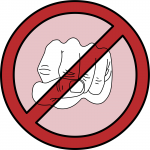 Here at the Mental Elf we are always on the look out for research that extends trials into new areas, and offers practical benefits to people recovering from mental illness.

Within psychiatric wards violence and challenging behaviour can be extremely distressing, with a 2007 Healthcare Commission report finding that over half of staff and almost half of patients had been upset or distressed by violent behaviour. The same report also found that almost a fifth of patients had been physically assaulted, whilst almost a half of staff had. In Forensic (secure) units patients are even more likely to have been distressed (58%) and to have been assaulted (25%). In new research Cullen, Clarke, Kuipers et al have provided some insights into how the incidence of aggression might be reduced in a recent multi-centre trial of a cognitive behavioural skills programme for mentally disordered offenders (MDOs) in such units.

Their findings are published in Psychological Medicine and the Journal of Consulting and Clinical Psychology and summarised in Evidence Based Mental Health. The two main articles look at the outcomes of delivering a programme of reasoning and rehabilitative (R&R) skills aimed at improving problem solving and thinking styles. Social and cognitive outcomes and violence and antisocial outcomes were investigated.

R&R has been shown in previous research to have a small but significant effect on recidivism (reoffending) in violent offenders but there is a lack of research as to whether this effect extends to mentally disordered offenders, who are usually excluded from this type of study.

These two studies focused on a group of 84 male offenders across 6 medium secure units in London, all of whom had committed violent offences and who were diagnosed as having a psychotic illness – schizophrenia, bipolar affective disorder, schizoaffective disorder or psychosis not otherwise specified (NOS).

Participants were assessed on a range of scales prior to entry into the programme, as detailed in table 1 below, and were randomised to either:

None of the patients was actively psychotic at time of entry to the study, all were British and did not have any learning disabilities or personality disorders.

Outcomes were measured at 4 time points:

Clearly blinding of the R&R group was not possible as both the participants and those delivering the programme were aware of being part of the treatment group. Verbal aggression and leave violations were reduced in the trial, but actual violence and substance misuse were not reduced

The authors showed that R&R course participants had:

Post-hoc comparison of completers versus non-completers of the course did show statistically significant reductions in physical violence that was not sustained substance use at 12 months.

Delayed reductions in substance use were also noted, with statistical significance only emerging at 12 month follow up.

However it should be noted that these post-hoc studies may be underpowered and so firm conclusions cannot be drawn from this analysis.

With regard to improvements in social and cognitive domains results were again mixed. Reassuringly the authors note that the specific domains intended to be targeted by the programme did improve compared to the TAU group, and again there were hints in post-hoc analysis (albeit with the same provisos around inadequate powering of these analyses) that completers showed greater improvements at 12 months than either non-completers or TAU.

Specifically statistically significant improvements were seen initially across the impulsive/carelessness and avoidant style sub scales and overall scores on the Social Problem Solving Inventory (SPSI), and in the anticipation of reoffending sub scale of the Crime Pics II. At one year follow up the changes for the R&R group versus TAU remained significant for 2 of the subscales of the SPSI, the ones measuring for impulsive/careless styles and negative problem orientions. So overall what conclusions can we draw from the two studies? Certainly the authors have demonstrated that it is feasible to conduct such trials in mentally disordered offenders (MDOs) across multiple secure units, and have demonstrated that interventions which have been shown to work for prisoners can also lead to improvements in similar domains for MDOs.

The studies offer hope that targeted cognitive skills programmes can have sustained effects on patients to both improve their problem solving and reduce rates of violence. Replication of these findings in similar populations, with sample sizes large enough to assess the effects of completion versus non-completion of the course will prove valuable to units looking to introduce such programmes to their in-patient populations.

Table 1: Assessment scales used prior to entry into the treatment programme