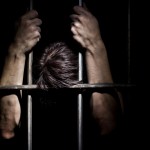 Experiences of mental distress are common within prison settings and diagnoses of some forms of mental disorder are recognised as occurring at higher rates than in the general community (Fazel 2002).

Prisoners often have access to mental health care, but prison officers will often also adopt frontline roles in the provision of support to those with mental distress during their day-to-day interactions. These interactions are clearly crucial to the mental health of prisoners, but are not an area of experience that is commonly recognised, or readily measurable. Indeed recent reporting has highlighted how often these supporting roles are missed.

Ethnography provides one means through which these processes within institutions can be observed. In ethnography, the researcher seeks immersion in the system they wish to study; aiming to identify situations and events that could not be observed from a more superficial methods of study (Scott, 2008).

In this study, Galanek (2014) presents the findings from his time spent within the Pacific Northwest Penitentiary, a prison within the USA, housing approximately 2,000 male in-mates. Ethnography is the study of social interactions, behaviours, and perceptions that occur within groups, teams, organisations and communities.

This report represents a publication from the larger ethnography project; in total the project consisted of:

Within this report the findings from interviews with prisoners and prison officers are reported; prisoners were asked two questions:

Field notes were recorded following observations of interactions between prisoners and officers. A combination of these notes and interview transcripts were combined together to develop the themes presented in the report. The findings from the ethnography are discussed under three headings.

Relationships between staff and inmates

Power discrepancies between prison officers and inmates are readily apparent, however this approach can risk an overly simplistic interpretation of the prisoner-officer dynamic. Through this ethnography, Galanek observed interactions between officers and prisoners noting that, as one officer shared:

Staff inmate interaction is basically treating the inmate like how you want to be treated.

This was not a view universally endorsed by all officers, some of whom, from the prisoners’ perspective, were unable to see the benefit from such an approach.

Also apparent was the importance of trust within the prison, where trust was represented as a gradated form of currency that had to be earned. Through meeting expectations and promises both officers and prisoners were able to develop a level of trust that facilitated greater depth of relationship between individuals.

Trust works experientially. That’s about when staff follows through with what they say they’re going to do. It commands respect.

Prison officers recognised the high prevalence of prisoners with a “mental illness” within the prison and also recognised that experience in the management of such prisoners was valuable. They sought such experience through working on special “tiers” of the prison where the “mentally ill inmates” were housed, but also through interaction with mental health staff.

Officers’ understanding of mental illness varied; biological explanations were ventured, highlighting the role of medication in the management of symptoms, but social and environmental explanations for distress were also considered:

The environment is equally, if not more important, than meds. You could give someone all the meds in the world, but if you put them in a hostile part of the cell block, it won’t work.

Officers also felt that some of the mentally ill inmates could engage in manipulative behaviour where prisoners would “turn it on” in order to secure some form of individual gain, or privilege. Observation of prisoners is a crucial role played by officers.

Much of the prisoner officers’ time was spent observing inmates; in the context of offenders with a mental illness diagnosis the importance of this interaction was highlighted. For example officers described “checking in” on prisoners:

It’s like five dollars in the bank every week. It keeps you from having to deal with them later. They’re just waiting for that 5 minutes of your time, and you get to know just where they’re at, and if they’re getting to the point of where they’re going to cycle [decompensate], or if they’re just angry at that moment.

Officers within prison environments may be called on to intervene following incidents or altercations between peers. During discussion however officers revealed that their response to misdemeanours would be tempered by their knowledge of an inmate’s mental illness and their beliefs in regard to potential impact on mental state of disciplinary action.

A lot of these guys, in dealing with them over the years…they’re not aware of the consequences. It’s much easier in the long run to work with them.

This observation is significant in that it shows officers adopting a flexible approach to institutional rules in the context of mental illness. In this study, Galanek has provided an insight into the experience of prison officers and prisoners in relation to the concept of mental illness. Among other observations Galanek observed that, far from being intransigent, officers may use individual discretion in order to support the mentally ill, for example by avoiding disciplinary proceedings. This finding is of interest as it implies a flexibility within institutions that may not otherwise have been detected.

For me this finding is significant, and to a degree representative of my own experience working with prison officers. However, I also find it somewhat unsettling. In this attitude, officers may support an implicit stigma directed towards the “mentally ill”; risking an equation that links mental disorder with cognitive deficit or lack of moral accountability. This is concerning and there is a substantial body of literature tackling such issues (Scott, 1973).

Galanek leaves such issues unchallenged; choosing to observe and report on the findings without critical interpretation. To me, this is a limitation as through critical engagement with such observations a stronger argument could be developed that may foster changes in practice and support of more equal, less stigmatising, experiences for all prisoners.

Last reply was October 5, 2014
Try out our members features!