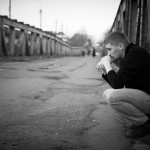 The Centre for Social Justice has published a new report on the mental health strategy entitled ‘Completing the revolution: Transforming mental health and tackling poverty’

The decision more than 30 years ago to close big mental hospitals and treat patients in the community has failed to help the most vulnerable, according to a major new report from a leading independent think-tank.

At £6 billion a year, mental illness constitutes the biggest single cost item to the NHS, but services are failing to meet needs and change lives. The knock-on cost to the country of £105 billion through higher general health and social care costs, lost working days and family breakdown is completely unsustainable in today’s economic climate, the report from the Centre for Social Justice (CSJ) says.

Treatment fails to reduce mental illness in more than two-thirds of cases, suggesting patients need much more than medication and therapy to get better and rebuild their lives.

Many patients are being neglected and denied access to treatment because the closure of the old asylums was not accompanied by a parallel expansion of primary mental health services provided by GPs, psychiatrists and nurses.

Addressing these other needs also has to be a priority for services. Mental health services have to play their part in tackling the five pathways to poverty (family breakdown, educational failure, drink and drug addiction, worklessness and welfare dependency, and serious personal debt) identified by the CSJ.

Yet discriminatory funding arrangements at local level often mean that the mentally ill fail to benefit from the wrap-around approaches best delivered by small, grassroots charities and other voluntary bodies.

The CSJ says that the move to care commissioning groups dominated by GPs, as set out in the Health and Social Care Bill, now before Parliament, should be used to enable charities and other independent organisations to compete fairly with state-run services for contracts to care for the mentally ill.  The report says:

Communities themselves need to become neighbourly and places where social isolation is the exception to the norm.

The CSJ report, Completing the revolution – Transforming mental health and tackling poverty, warns that Britain is hampered by an “unfinished revolution in mental health care” and that further reforms are urgently needed to achieve the goals set by the policy-makers of the 1970s and 1980s who championed the cause of care in the community.  The report concludes:

Realising the full potential of this shift required a far-reaching cultural change that has stalled and many needs currently go unmet.

Money is still tied up in hospital care because the services people need are not available in the community.

Care Services Minister Paul Burstow spoke at the launch of the report at the National Liberal Club on the 31st October. It has been produced by a CSJ working group chaired by Dr Samantha Callan, who has also led the CSJ’s influential work on family policy, which includes Professor Chris Thompson, chief medical officer of the Priory Group, and Paul Farmer, chief executive of Mind.

It urges the Government to seize the opportunities presented by the current health reforms to make a “quantum leap forward” and complete the community care revolution.

Hospital beds tend to be disproportionately filled by the most vulnerable in society. The report cites opinion polling of some 329 people with close personal experience of hospitalisation for mental health reasons to make severe criticisms of in-patient care standards.

Patients complain of inadequate treatment and that they feel at risk of attack by fellow sufferers.

The report is also highly critical of the defensive, risk-averse culture that pervades mental health services and a bureaucratic mindset that elevates process over outcomes.

Frequently, fear of making a mistake by releasing into the community a patient who might subsequently become a threat to themselves or the public at large leads clinicians and hospital managers to detain the mentally ill unnecessarily or to prescribe them powerful, mind-numbing drugs.

Potentially beneficial psychosocial counselling is lost to such patients.

Meanwhile, the link between mental illness and violence is “vastly exaggerated” and persists partly because of media scares.  The report says:

It is essential to put the sense of danger associated with mental illness in its appropriate and proportionate context.

Risk is often displaced onto the mentally ill person themselves. Their recovery and quality of life are placed at risk by depriving them of liberty. This is sometimes, though not always, necessary and can take the place of finding creative and flexible ways to provide social and other support in the community.

The contribution a successful public health approach could make to improving mental health at a population, community, family and individual level is potentially enormous, not least by helping to reduce misconceptions and stigma surrounding mental illness.

The report focuses on the role of the family in helping recovery from mental illness. Although family problems can cause disturbed behaviour – half of all such cases start by the age of 14 – support from family members is often the route to recovery.

The report backs a public health approach to mental illness in which the prevention of family breakdown should have a much higher priority.

But alongside prevention should go early intervention in the lives of troubled families and treatment of those showing signs of mental illness:

Employment can greatly improve well-being. Primary care and other mental health services have a vital role in helping people become work-ready, even if that journey may be a long one.

Last reply was November 8, 2011
Try out our members features!