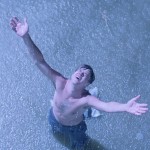 The Deprivation of Liberty Safeguards, which were introduced as amendments to the Mental Capacity Act 2005 on 1 April 2009, are designed to protect vulnerable people against overly restrictive care while they are in hospitals or care homes.

This second annual report on Deprivation of Liberty Safeguards uses data provided every three months by English Primary Care Trusts (PCTs) and Local Authorities (LAs), the organisations responsible for managing the process for authorising requests to deprive someone of their liberty in 2010/11. Requests from care homes are handled by LAs and requests from hospitals are handled by PCTs.