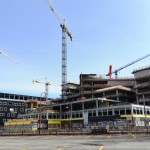 The role of management in the NHS continues to be contentious. Increased spending on management is often framed as wasteful; more nurses will always sound more compelling. But if better management can lead to better care, spending more money on managers in the NHS could be worthwhile.

Some interventions aren’t about spending money per se, but rather about the way we organise services. Whether we encourage or discourage competition in the NHS is a hot political issue, but is something that has been tried and tested over the years. Problems arise when people equate ‘competition’ with ‘privatisation’, which is wrong. In the UK, competition cannot be on price but on quality. We have good evidence now that this type of competition does improve outcomes.

There are two important challenges in trying to assess the relationship between management and competition; we need a way of credibly measuring management practices and we need a way of accounting for the fact that there might be a two-way relationship between market structure and management quality. This study uses some novel approaches to address these challenges. As a result, the study involves a lot of analysis and the methods used are quite complex. Here I’ll just present the main aspects.

To measure management quality, the authors use a recently developed measure. The measure considers incentives, monitoring and target-setting, which have been found to be strongly correlated with firm performance in the private sector. A mixture of clinicians and managers in cardiology and orthopaedics were interviewed from 100 English acute public hospital trusts. In total, 161 telephone interviews were conducted; 79% of which were with managers. 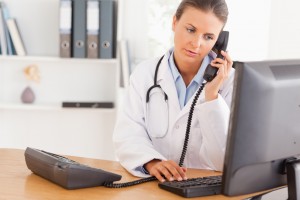 161 telephone interviews were conducted in total; 79% of which were with managers

The main measure of competition is simply the number of other public hospitals within a certain geographical area, defined using a catchment area of 15km. This means that any hospitals within 30km of one another could be competing for patients. Between 1997 and 2005 there was a large number of hospital closures, which represent a decrease in competition. Most of the hospital closures were due to mergers and acquisitions.

The study uses an instrumental variable approach. Essentially, such an approach works by identifying a variable that is correlated with the independent variable of interest (in our case the level of competition), but does not have a direct effect on the outcome of interest (in our case management quality). This enables us to identify a direction of effect, and therefore causality. 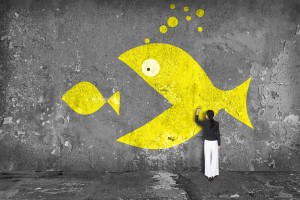 Most of the hospital closures were due to mergers and acquisitions

The instrumental variable used in this study is political marginality. This is based on the idea that closing a hospital tends to be politically unpopular, and so politicians are less likely to allow hospital closures in marginal seats. Because of this, marginal areas will have a higher number of hospitals than areas where a party has a large majority. The authors demonstrate that this is in fact the case. To be more precise, the authors use the share of marginal constituencies within a hospital’s market as an instrumental variable for the number of competitors that a hospital faces. The analysis uses marginality in 1997 as an instrument for the number of hospitals in 2005. All analyses control for patient case-mix and the level of demand.

The authors also looked at the effect on 6 different outcomes relating to health, productivity, job satisfaction and performance:

Marginality in 1997 had a significant positive impact on the number of hospitals in 2005. A one standard deviation increase in political marginality leads to almost half an additional hospital. The authors find a positive effect of the number of competing hospitals on management quality, that is significant at the 10% level.

Adding one extra hospital is associated with:

No significant effect is found for the HCC score or for deaths from surgery. 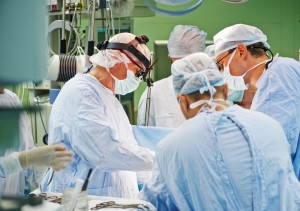 No significant effect is found for the HCC score or for deaths from surgery.

In general, our article provides positive evidence for competition in health-care markets and so provides support for policies that aim to increase health-care productivity by promoting competition

This study adds to the evidence that competition in healthcare markets can have a positive impact on outcomes, and demonstrates that this can operate via management quality. A whole host of robustness checks are employed so that we can be relatively confident in the study’s findings. ‘Hidden policies’ might link marginality to management quality, but the authors find no evidence of this. 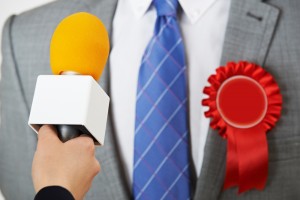 ‘Hidden policies’ might link marginality to management quality, but the authors find no evidence of this

The findings do not mean that new hospitals should be created, because it is important to consider these benefits alongside cost implications. Rather, we should consider that low cost informational and incentive-based reforms may have large benefits if they make patients more discerning or hospital managers more quality-focussed. For this mechanism to function it is necessary that patients are able to judge the quality of hospitals and to choose which one to use accordingly.

There is a lot of variation in the performance of different hospitals in the UK, which cannot be explained by the patient intake. Management quality is one reason for this variation, and a more competitive market can result in better management and better outcomes. These findings should be given full consideration in health policies in the UK and elsewhere. Where hospital closures are being discussed, the potential for a negative impact on the quality of the remaining local hospitals must be given full consideration.