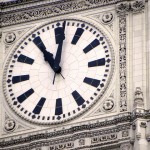 This report was commissioned by NHS England to provide a snapshot of GP and Practice Manager views on the day-to-day work demands that exist outside of consultations. Efficiency is the word when it comes to general practice in 2015, and whether practices are being TOC-ed or skill mixed or federating, the underlying assumption of all these approaches is that there must be things that are unnecessarily slowing down or frustrating GPs.

The Making Time in General Practice report consists of three related collections of data and analysis aimed at exploring the main drains on GP time. Although recommendations are provided in relation to the findings, the report is not presented as a research piece per se; it is a rapid appraisal, a skimming of the leaves on the pool without cleaning the water. Unusually, the last third of the report consists of journalistic magazine pieces that would not be out of place on a GP blog which, whilst interesting, was confusing enough for me that it felt it necessary to speak to one of the authors for clarification before writing my own review.

So, from my own experience, I think some points for clarity on the report might be helpful before turning to the content. Firstly, for those who do not know of the Primary Care Foundation or the NHS Alliance, these two bodies are quite nebulous in character and are related in their overarching goals for improving and developing healthcare services, particularly in primary care. NHS Alliance has a focus on the provider side of care services and it consists of working professionals contributing in their spare time. The Primary Care Foundation appears more of a business in its own right, conducting review work that looks at improving how policy is enacted in practice or how services can work more effectively.

Secondly, in this study, the two organisations were given a short time frame (roughly from December 2014 to June 2015) in which to gather information from GPs and Practice Managers; this limitation meant that the sampling approach employed had to be broad, opportune and somewhat messy. In my conversation with Rick Stern, who works for both NHS Alliance and the Primary Care Foundation, I found out that they basically contacted GPs and practices by any means possible, and those who took part were entirely self-selecting. Whilst it is understandably difficult to articulate this approach in a report, it would have been helpful to me as a reader to be clear that the three samples were obtained in this way. Similarly, a more direct statement of the report being a rapid appraisal and not ‘scientific’ research would have helped me to work out how, if I was a commissioner (or a provider), I could interpret and apply the recommendations.

Finally, the format of the report had confused me at least in part because the second part is listed in the contents as an appendix to the main report. There is a short explanation in the introduction that the appendix consists of, “a series of articles and thought leadership pieces commissioned in pulling this report together,” but it was not until I spoke to Rick Stern that I really understood that these were just short magazine-style articles; indeed, some of them are written by a journalist. Whilst these articles are thought-provoking, and whilst innovative ways of presenting reports at a time when reports are ten-a-penny are definitely welcome, it might have helped for the authors to really spell out clearly exactly the content and authorship of the different sections of the report.

I will turn first of all to the main body of the report. Rick pointed out to me that this is very much a provider-side piece of work although it is undoubtedly of interest to commissioners. 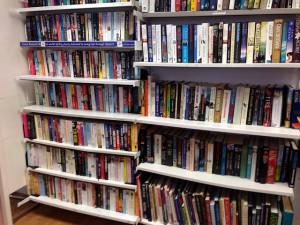 The Making Time in General Practice report consists of three related collections of data and analysis aimed at exploring the main drains on GP time.

A half day focus group was also conducted and this involved bringing in secondary care staff alongside their primary care colleagues in order to unpick the issues at the boundary between hospitals and general practices.

The questionnaires completed by 267 practice managers highlighted the considerable time burden created by the bureaucracy of simply getting paid. Although ‘providing information’ took about a third of the time as ‘getting paid’ it was perceived as being a nearly equivalent burden, suggesting it is not just how long things take but what practice staff are required to do that cause headaches for primary care staff. Making things clearer, reducing duplication of questions and streamlining IT systems were all recommended actions; although none of these are revelations, the amount of time currently being used up in processing information should emphasise the need for change.

This first section of the report raises an area that comes under scrutiny elsewhere, which is the inefficiencies at the interface between primary and secondary care. Chasing up hospital appointments and managing discharge processes were seen as problematic areas that could be improved by concise and perhaps standardised communications. The focus group concluded that the probable place for greatest improvement was in relationship building between secondary and primary care, using the example of hospital-based teaching sessions for GPs. There were suggestions about process changes too, particularly around the inefficiency of patients having to return to their GP to create a new appointment if they missed a hospital appointment. The recommendation that patients can re-book their own appointment might resolve this, although my own concern would be that the knowledge that rebooking is ‘easy’ might encourage worse appointment adherence in patients and in turn creating greater inefficiencies in secondary care instead.

The appointment audit exercise was conducted in part as a pilot for the approach and was completed by 56 GPs, who used a spreadsheet to record appointment types and to identify ‘avoidable’ contacts. The definition of ‘avoidable’ was left to the discretion of the individual GP, which revealed wide differentiation between GPs about what they felt was and was not necessary for them to attend to. The authors link this in part to the local variations in skill mixes in practices; some GPs had greater awareness of other healthcare professionals and the sorts of work they could autonomously complete. The authors appropriately attend to the human caring aspect of the GP role, that it is emotionally challenging and anxiety provoking for some GPs to work more distantly with, for example, patients with long-term conditions who could self-monitor. Some GPs felt that encouraging more remote styles of care would reduce patient satisfaction and that this tension was coupled by their own misgivings about things like telephone consultations. 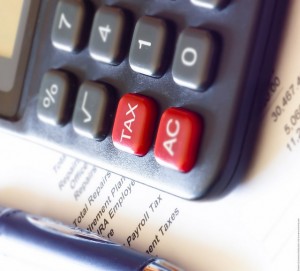 The appointment audit exercise was conducted in part as a pilot for the approach and was completed by 56 GPs.

Extracts from the interviews with managers are used to support the various findings of the report and they show how some fairly simple ideas could make a big difference: email headers indicating urgency, having one central place for local information updates rather than emails, and automating activity monitoring are all suggested.

Recommendations generated through the report are practical and logical and, although necessarily light-touch given the scoping nature of the exercise, there are some useful balanced considerations of how to make things work in practice. The authors set out target areas for improvements and detail what NHS England, commissioners and practices can each do to make things better. Some of the suggestions are chiefly systemic and it is acknowledged that the NHS has, like a lot of UK institutions, oscillated between localism and nationalism in a very confusing and sometimes detrimental way for practices. The report suggests that national bodies should allow local adaptations that best fit local resources, whilst the sharing of findings from pilots of strategies needs to be more effectively achieved. It is interesting to see how building better relationships is such a strong theme throughout, even in areas like streamlining IT.

One of the pleasing features of this report was the inclusion of a piloting of a method (the GP audit) and the potential for this to be a means of readily and continuously capturing activity data. The method allows both the practitioner and the wider primary care community to benefit – who can say no to a win-win? Well, GPs might, if the audit is seen to be another layer of time consuming bureaucracy. Another pertinent point, which would seem almost comical were it not true, is that modern GP practices face so many activities and efficiency targets that the staff don’t have time to meaningfully talk to each other. If that’s the case, learning and motivation will vanish and staff will get burnt out. More needs to be done to put the relational aspect of good clinical working to the forefront of good practice development, both within and beyond the walls of the general practice. Federating is seen as one current movement capturing this relational spirit, albeit for practical purposes. 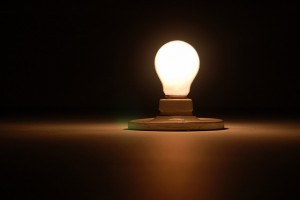 Extracts from the interviews with managers show how some fairly simple ideas could make a big difference.

The major shortcoming of the report is the problem of making some of these obvious and oft-repeated suggestions happen. Yes, the report is studded with actual local case examples of time-saving changes, but these are all somewhat brief; what might have been more helpful would have been to flesh these cases out with more detail on how the changes were identified and implemented, perhaps freeing up space for these by jettisoning the appendices, which could happily form a report of their own.

The research was overseen by a steering group of seven representatives from a range of UK primary care associations, which gives some assurance to readers of its validity as a report. Rick was careful to state that the report is advisory only and that the authors were aware of the limitations created by their rapid sampling. It seems like a useful report for CCG members and practice members to meet and discuss applying to identified local issues, particularly in terms of providing some direction for which party is best placed to take which actions.

Unfortunately there is not space here to explore the appendices, but I recommend them as sections of ‘magazine’ reading on a number of innovative practices and ideas that could improve primary care.