Home » Posts » Populations and settings » poverty » Poverty and ethnicity: a review of the evidence 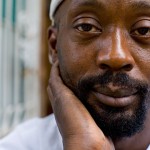 The Joseph Rowntree Foundation are about to embark upon a major plan of work on ethnicity and poverty.  This review of the evidence summarises the current picture by focusing on:

It identifies key gaps where greater understanding could support more effective action on poverty across different ethnicities. The research also included qualitative research with a number of communities to understand their day-to-day experiences.

There is considerable disadvantage in many areas of life for people from across many ethnicities. There are some common experiences within and between people in these groups but also important variations between groups that are often considered as similar and within every ethnic group. So what are the most influential factors and which issues need further investigation?

Poverty and ethnicity: A review of evidence. Helen Barnard and Claire Turner. 18 May 2011.