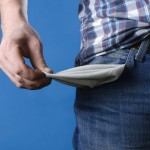 The effects of the global stock market crash of 2008 have not just been economic. The health and social consequences of the financial crisis are becoming clearer over time and were anticipated by public health academics early on.

Based on a 30 year review of EU data on how economic changes affect mortality, in 2009 Stuckler et al warned that the recession could result in an increase in premature deaths from ‘intentional violence’, particularly suicide (Stuckler et al, 2009).

More recently and closer to home the Joseph Rowntree Foundation looked at mental health, resilience and unemployment in the context of the current economic recession. The findings showed that 73 unemployed people living in Bradford felt their mental health was worse because of the many aspects associated with losing a job and coping with unemployment (Giuntoli et al, 2011).

Overall the authors say the aim of this research is to assess: Unsurprisingly, research shows that unemployment can have a negative impact on mental wellbeing

This study uses data from the Eurobarometer Mental Wellbeing surveys from 2006 and 2010. The survey is part of the EU Public Opinion Analysis activity and uses face to face interviews of citizens from 27 EU countries who are over 15 years old. The Mental Wellbeing surveys include assessments of attitudes toward mental illness and treatment-seeking. The samples of people interviewed in 2006 were not the same as those interviewed in 2010.

Mental health problems were assessed using the Mental Health Inventory (MHI-5), a well-validated measure (Rumpf et al, 2001). Stigmatising attitudes were assessed by asking participants if they agreed or disagreed with the following four questions about ‘people with psychological or emotional problems’:

Socio-demographic information included gender, education, age and urbanicity (the size of the locality where people lived). National unemployment rates were taken from the Eurostat yearbooks for 2006 and 2010. The authors conclude that the study findings suggest that:

They argue that the findings should prompt policymakers and practitioners to act so the negative effects of the economic crisis on people with mental health problems can be addressed:

There are a few limitations to bear in mind about the type of data this study is based on. The data is only a ‘snapshot’ from two separate years with different samples of people and was not collected with the investigation in mind. Mental health status is self-reported, not clinically verified and of unknown severity. Because of the limitations of the Eurobarometer survey, important data about ethnicity and immigration status was not available. As it is a household survey, people not living in a conventional home setting were excluded. So there may be other factors that the authors were not able to explore.

As well as investing in supportive, targeted employment, health and debt management programmes, governments should also consider the importance of programmes to combat stigma and discrimination against people with mental health problems.

Findings suggest that programmes to combat exclusion and to promote mental health may be more important during times of economic crisis. This research suggests that in times of economic hardship, it’s more important than ever that we provide support to people experiencing mental health problems