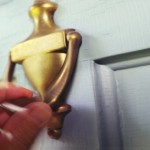 Crisis resolution and home treatment (CRHT) teams were introduced in England throughout 2000 and 2001 and a number of studies have been published since then which have shown that they are associated with reductions in inpatient admissions.

This new study published in the British Journal of Psychiatry used data from a previous national study for 229 primary care trusts (PCTs) between 1998/99 and 2003/04. The authors used what they refer to as a:

The research team found no significant differences in admissions between PCTs with and without CRHT teams, after controlling for confounding factors.

Contrary to previous studies, we find no evidence that the CRHT policy per se has made any difference to admissions and suggesta need for more research on the policy as a whole.

Last reply was September 1, 2011
Try out our members features!