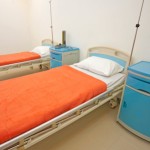 This ecological analysis published in the BMJ examines the rise in the rate of involuntary admissions for mental illness in England that has occurred as community alternatives to hospital admission have been introduced.

The study used available data on provision of beds for people with mental illness in the NHS from Hospital Activity Statistics and involuntary admission rates from the NHS Information Centre, covering a 20 year period (1988-2008).

The researchers measured the association between annual changes in provision of mental illness beds in the NHS and involuntary admission rates, using cross correlation. Partial correlation coefficients were calculated and regression analysis carried out for the time lag (interval) over which the largest association between these variables was identified. This paper does not suggest that bed closures intrinsically are inappropriate. This strategy may well be a reasonable course of action; but the bed mix needs to be examined more closely and the rate of bed closures may need to be considered more carefully.

The model we present, if refined and shown to be reliable and valid, predicts one additional involuntary civil admission for every two non-secure inpatient beds that are closed in the preceding year. Whereas the resource released in closing a bed is continuous and recurrent, these may not be so for additional admissions. And if lengths of stay decrease with more intensive management of the available beds, the additional resources might best be directed towards early supported discharge and home treatment.

Ultimately this study provides important evidence for the need to anticipate the effects of bed closures. Further studies highlighting the underlying predictors within the model are now required.