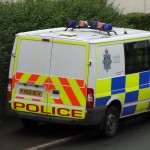 Is prison the right environment for those with severe mental health issues? Evidence indicates that increasingly people with mental health problems are finding themselves incarcerated (Bradley, 2009). There is a growing consensus that this may not be the best environment for those with mental illness, with custody exacerbating issues, and increasing risk of self-harm and suicide (Bradley, 2009).

Recent years have seen a number of policy recommendations to improve the pathways and interactions between mental health services and the criminal justice system. The most notable of these was the Bradley Report (Bradley, 2009), which featured a series of recommendations to improve and enhance care pathways to improve ‘diversion’. Diversion in this context refers to services that function at the juncture between the criminal justice system and mental health services. The purpose of diversion is to identify and divert those with mental health issues towards the treatment and care they require, particularly as an alternative to prison (Sainsbury Centre for Mental Health, 2009) with the benefit of reducing further exacerbation of mental health issues.

The enhanced service pathways considered within this paper include:

The purpose of this study can broadly be split into two parts: 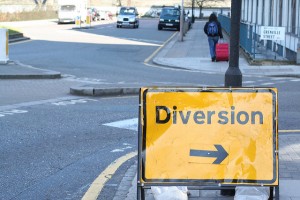 How much do diversionary services cost?

To map current pathways between existing services, a case-linkage approach was adopted. Data was obtained from an existing study (Lea et al, 2015). Individuals were identified retrospectively and followed up using police and mental health case records for one year. This data came from a rural county in England. To examine the interaction between mental health services and the police service, it was necessary to focus on individuals who had both, i) a record of police interaction, and, ii) known mental health issues.

To achieve this, a sample of cases were randomly selected from cases where individuals:

Services were mapped using an iterative case-linkage process. This used the case reports to identify a range of resources and services used by the individuals. Resources included:

To calculate the costs of existing pathways, unit costs were attached to the resource use information identified within the case-linkage study. This allowed the calculation of total costs per client from both the mental health care perspective and the police service perspective for the one-year period. Due to the complexity of the pathways, only the most significant cost drivers were included within the analysis. Costs of the current pathways were reported as means, and predictors of costs were identified using bootstrap OLS (ordinary least squares) regressions.

Modelling the cost of service enhancements

At the time of the study, there were no enhanced services within the region, and as such, a modelling approach was required to estimate costs of enhancements. Decision models provide a transparent and logical way of assessing the impact of a change. In this case they were used to model the impact of introducing the enhanced service pathways. The data from the existing pathway formed the basis for the decision model of the enhanced pathways. Models were validated through a variety of external stakeholders including mental health professionals and senior police officers.

The cost of existing pathways

Resource use data was collected for 55 out of the 80 individuals within the case-linkage study. All individuals had at least one contact with mental health services in the 1-year period following the first contact with police.

The cost of implementing enhanced pathways

MHA assessments for all section 136 detainees

Again, there was an identical increase in cost as street triage, with costs rising to £526 per incident.

The introduction of a link worker again increased costs, this time by 2% to £534 per incident. A sensitivity analysis examined the impact of increasing client contact from one hour to three hours, this led to an increase in cost per incident to £557. 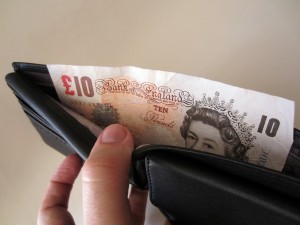 Service enhancements were associated with a small increase in costs per incident.

It is estimated that the cost of the current pathway was £522 per incident, of which 70% fell on mental health services, and 30% on police services. The introduction of enhanced pathways has little impact on the costs as estimated through the modelling process. Each enhancement under the base-case assumptions were associated with a small increase in cost. The authors note that this small increase per incident could have substantial budgetary impacts if scaled up. In short, the results suggest that there would be small increases in costs per incident due to enhancing service pathways, which could be large when extrapolated. On an individual basis however, these cost increases were relatively minor and did not increase substantially under sensitivity analysis. It is however important to be cautious in terms of generalisability due to a number of limitations: A relatively small sample size in a rural population, and only the short term (1 year) main cost drivers were included.

Having read the paper, the first thing that strikes me as a health economist is, ‘What about the outcomes?’ This article for good reasons has focussed on costs, and makes a good attempt at modelling the costs of service enhancements whilst also recognising significant limitations and assumptions. In relation to outcomes however, it simply acknowledges that there may be parallel benefits to the clients and society of enhanced pathways.

The government reports which suggest service enhancements, do not make these suggestions to reduce costs, they make these suggestions to improve the long term outcomes of those with mental health conditions. It is presumed that the point of the enhanced service pathways is to divert patients with mental health needs towards the care they require. The end result of this process should be fewer mental health patients in inappropriate prison settings, improved mental health, and a reduction in self-harm and suicide (Bradley, 2009). Without any information in relation to outcomes, it is difficult to draw any conclusions around the cost-effectiveness of the service enhancements. Having said that, given minimal increase in individual level costs, any improvement in terms of health-related quality of life would likely be deemed cost-effective.

This study provides a starting point by mapping current resource use and identifying the cost of service enhancements. The next step should be to measure the long term costs and benefits (to both the client, and society) of such enhancements. Once this data has been collected it may then be possible to make firmer decisions regarding the cost-effectiveness of these polices. 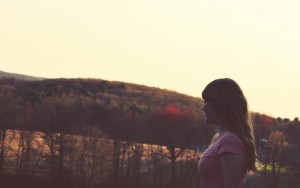 The study didn’t consider any outcomes or improvements in quality of life resulting from diversion.