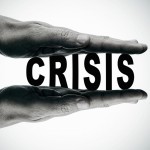 Compulsory admission can be distressing for people with psychosis and their families, but admissions have been increasing. Joint crisis plans (JCPs) are formulated by a patient in collaboration with staff. They set out preferences for treatment should a psychiatric emergency occur and the patient is too unwell to express their views clearly.

Last year Stephen Wood reported on a randomised controlled trial investigating whether the use of joint crisis plans reduced compulsory admissions for people with psychosis. The study did not find evidence to support the use of JCPs for this purpose. A follow-up study, published in PLoS One, details the economic outcomes (Barrett et al, 2013). The study sought to estimate the cost-effectiveness of using JCPs alongside treatment as usual (TAU), compared with TAU only.

The full details of the trial were reported in the main outcomes study (Thornicroft et al, 2013), on which we previously reported. For the economic evaluation, the analysis adopted 2 different cost perspectives:

Data were collected using self-reported questionnaires which were administered at baseline and at 18 months post-randomisation.While national unit costs were applied to reported resource use, the intervention itself was micro-costed based on staff time and overheads. The primary outcome was admission to hospital under the Mental Health Act. Participants attended two meetings including their psychiatrist, a care coordinator and a facilitator to develop a joint crisis plan

The primary analysis was based on complete cases and controlled for site and baseline costs. In addition, this study also sought to evaluate the intervention for subgroups of patients based on ethnicity. Each analysis was repeated separately for the 3 main ethnic groups:

The results reported here are sufficiently striking to warrant further investigation into the potential for patient gain from JCPs specifically among Black patient groups. The study has a number of limitations. Patient recall is known to be poor beyond about 3 months, so it is of concern that participants were expected to recall their last 18 months of service use. The authors state that interview data were supplemented by data from hospital records, but it is not clear how this was done. The unit cost selected (particularly for criminal justice service costs) are not clearly specified.

It may or may not be the case that JCPs are cost-effective on average across the population; it is difficult to tell from this study alone. What’s more interesting is the potential for the intervention to be cost-effective for some subgroups but not others. It would be easy to reject the findings as random due to a relatively small sample size, but the differences in the Black ethnic group are large enough to be intriguing. Furthermore, there is a precedent for mental health services being specifically oriented for ethnic groups.

It would be interesting to confirm whether the analysis of cost-effectiveness of JCPs by ethnic group was planned prospectively at the beginning of the original RCT, or looked at retrospectively after the trial was completed.