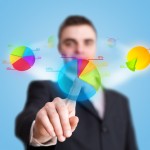 This fifth annual report on NHS adult specialist mental health services in England and the people who use them covers five years with the most recent information for 2010/11. It covers hospital care and services delivered in the community.

This year, for the first time, data from a small number of NHS funded independent sector providers of specialist mental health services are included and almost all the patients in these services spent time in hospital.

The Mental Health Minimum Dataset is the data source which will be used for Payment By Results and is an essential source of information for all those interested in planning or commissioning services or monitoring what is delivered. It is also being used by researchers.

Here are the headlines from the full report:

This report is intended to be used by policy makers, commissioners, mental health service users, researchers, members of the public and any other readers for whom a comprehensive national picture of the use of NHS funded specialist mental health services in England will be useful.