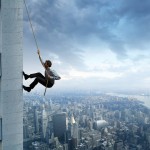 Mind have published a number of resources aimed at improving mental health crisis care, which they say is ‘under-resourced, understaffed and overstreched’.

The charity have used Freedom of Information requests to obtain data from mental health trusts, have conducted a survey of nearly 1,000 patients and are also involved in a research project with colleges from University College London.

This work highlights the following areas of concern:

Mind have published a briefing aimed specifically at Clinical Commissioning Groups (CCGs), in the hope that the new commissioners of mental health services can take these messages on board and act to improve the provision of crisis care services in future.

The report says that it is more important than ever that CCGs commission acute and crisis care that:

The NHS Mandate, released earlier this month, sends a strong message that mental health is a priority and should be put on a par with physical health in the NHS. As the structure of the NHS changes and commissioning power transfers to Clinical Commissioning Groups, there is a real opportunity to assess local crisis care services and make sure a range of good quality services are put in place. We want CCGs to use the data we are releasing today to inform how they can commission a service that addresses the needs of people in crisis.