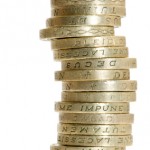 The Department of Health has published the latest annual reports on the level of investment in mental health services.

The National Survey of Investment in Adult Mental Health Services provides details of the level of investment in mental health services for working age adults (aged 18-64) in England for 2010/11 and compares it with the reported results in previous years.

The analysis revealed the following about the investment between SHAs (noting uncertainty about the quality of some SHA data).

Links to reports from previous years are on the Department of Health website.